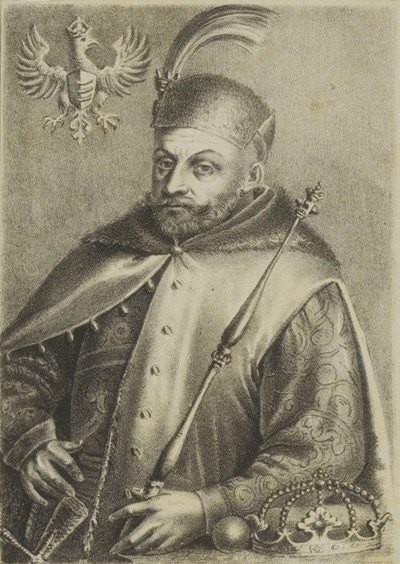 Two trends can be distinguished in Stephen Báthory’s foreign policy: the first concerns the European countries, including the countries directly bordering the Commonwealth, the second refers to the relations with Turkey. With the former, the king led negotiations from the position of power, often even resorting to threats. However, with the Porte such talks did not have a chance of success and posed a risk of armed conflict. Therefore, an entirely different tone dominates in Báthory’s correspondence with the Sultan and other Turkish dignitaries.

Turkey supported Báthory as early as on the election ground, which largely contributed to his victory. The nobility, especially the residents of the Southern provinces, would not have supported a candidate who could lead to a conflict with the Ottomans. Stephen Báthory, with the support of the Sultan and opposing the Emperor (the main rival to the crown) could be sure that Transylvania would remain in his hands, and Turkey would not hinder his rule in Poland. However, surrendering to the Sultan’s care earned him enemies not only among the Habsburgs, but also throughout the contemporary Christian world, and politically isolated him in the European arena.

Báthory had already established close cooperation with the Porte before heading to Poland. He consulted almost all his decisions with the Sultan, or at least he pretended to do so. The Sultan supported him, and the Grand Vizier personally encouraged him to head for the boundaries of the Polish Commonwealth. The news of Báthory’s coronation caused great joy in Istanbul. The Turks had something to enjoy, as they plucked from the hands of the Habsburgs the almost sure trophy – the Polish crown – by stopping their dynastic expansion and thus maintaining advantage over them in this part of Europe. It was all the more important for the Porte as in 1576 a war broke out again with Persia involving the Turkish forces in the East.

When Stephen Báthory became Polish King, he based his diplomatic and political activity on Turkish friendship. Immediately after the coronation, he sent Krzysztof Dzierżek to Turkey with a note of his accession to the throne; however, the tone of his letter was now more restrained and full of dignity. Although he informed the sultan about all developments, he stopped asking him for advice, as he used to do while still the Governor of Transylvania. He slowly but surely entered the second phase of diplomatic Polish-Turkish relations: the stage of independence.

The demands to maintain peace with Turkey put forward by the nobility as a condition for the election of the king did not allow for one factor, i.e. that in the Polish-Turkish relations of the era of Báthory the relations with Cossacks played a significant role. The issues associated with their raids were important in the correspondence between the rulers of the Commonwealth and the Ottoman Empire. Initially, those were the Sultan’s complaints and demands to punish the perpetrators for their attacks on Turkish property, but without threatening to break peace; however, later they turned into a permanent diplomatic conflict. The constant Cossack raids resulted in the intensification of correspondence between the King and the Sultan, which sometimes assumed harsh forms.

Twice during the reign of Stephen Báthory the Cossack attacks nearly led to war with Turkey. It first happened in 1577 and was associated with the Ivan the Horseshoe’s invasion of Moldova and the conquest of Jass, where the Cossack warlord ascended the hospodar’s throne. The King, in order to maintain peace and fearing changes in the Principality of Moldavia, supported another candidate, and executed Horseshoe and several of his comrades in the presence of the Turkish envoy. The second time, the Sultan threatened to start war against Poland in 1583 over a Cossack raid and the destruction of Bender. The King, in order to maintain peace with Turkey, did the same as in the first case.

The Polish-Turkish relations were established in an alliance pact concluded in July 1577 with the help of the Polish envoy Jan Sienieński. Its provisions were directed against the policies of the Habsburgs and Ivan the Terrible; however, the main target of Polish diplomatic activity with the Ottomans was the Tsar. Moscow was regarded as a dangerous state for both the allies, but Turkey, aiming to overpower Russia, did not wish to break its power at the expense of Poland’s significant increase in power and importance. Thus the Muscovy cause at the same brought Murad III and Báthory together and moved them away from each other, Báthory being primarily interested in the conquest of the Eastern neighbour.

How did Turkey react to Báthory’s plans which it knew? In 1579, Turkey supported the King, wishing him luck in the difficult struggle, and a year later it offered help of 40 thousand strong troops as it wanted to join the conquest of the Muscovy-controlled lands. Besides, the Sultan as an ally of the King could control his intentions and influence them. Báthory politely but firmly turned down the assistance offered. The Porte did not know how to react: whether to support Stephen Báthory, whose power would significantly expand after the conquest of Russia, or whether to defend Ivan IV? Every Polish victory was carefully observed.
Báthory’s successes made Istanbul take a different view of the ruler of Poland. A Turkish Chaush at Pskov on behalf of Murad III timidly presented a proposal of joining the Turkish and Polish forces which the world would not be able to stand up to. This time it was not Stephen Báthory who played the role of a begging party at the gates of The Porte, but the Sultan considering a possibility of joint military action. By the same token, he acknowledged that the Polish King was his peer and an equal interlocutor. However, the concern about Poland’s growing power did not disappear. Therefore, during the Muscovy campaigns, the Turkish envoys often visited the King in military camps to get an idea of his intentions, the number of troops, the results of war. Out of concern about an excessive rise of Báthory, the Sultan at the end of his reign not only refrained from supporting the King but also began to collaborate with the Tsar. The Polish-Turkish relations then became much cooler, which was also caused by the Cossack raids on Ottoman property; however, they were not broken until the end of Báthory’s rule.

The main objective of Polish diplomacy and policy towards Turkey was to maintain peaceful relations. The Sultan saw the same purpose in the alliance pact signed. Both rulers took advantage of their friendship. Stephen Báthory, having the southern borders of the Republic secured against the Tatar raids, was able to regain Livonia, and Sultan Murad III to direct Tatars to Persia and have short-term success there. The Sultan checkmated the Habsburgs with his friendly policies towards Poland, especially in the initial period after the coronation of Báthory in Krakow, and the latter continued to establish his position within the Commonwealth. The benefits of political and diplomatic relation between Poland and Turkey, despite their cultural and political differences, were mutual. Stephen Báthory and Murad III were drawn together by their shared enemies: Russia and the Habsburgs.