Becoming a sultan in the Ottoman Turkey

Becoming a sultan in the Ottoman Turkey Dariusz Milewski 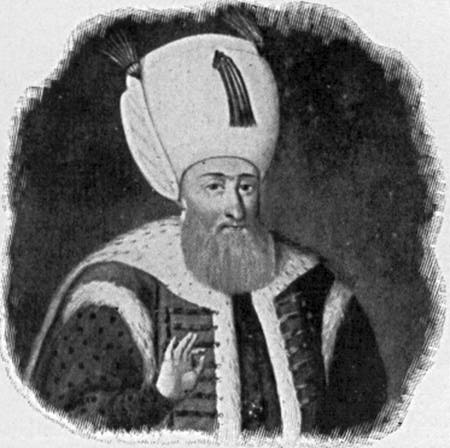 It was theoretically easy to become a sultan in the Ottoman Turkey, although obviously it was not an honour available to everyone. 'Easy' is a relative word, but it has its value if we relate it to inheriting the throne in European monarchies, where succession was strictly fixed: most often one had to be the oldest, legally born male offspring of the ruling monarch. Meanwhile, Islam assumes that any adult and mentally stable male can became a sultan.

In Ottoman Turkey, this meant that any male member of the Ottoman dynasty can became a sultan. On the one hand, it created possibility of setting on the throne the most talented representative of the dynasty, on the other hand, it led to notorious battles for the throne, particularly in the early period of the country's history until the beginning of the 16th century. Since any of the Ottoman dukes could became the ruler, no one wanted to give in and setting the throne was decided in the way of military battle. After the defeat of Ankara in 1402, when the sultan Bayezyd I got into Tamerlan's captivity, fighting for the throne of the sultan's sons almost led to the collapse of the country. Anyway, for almost 10 years, Turkey was actually divided into two parts, European and Asian, with separate sultans. At last, Mehmed I brought back unity in 1413. After his death, however, fights for authority broke out again (1421). It was when it turned out, that the one to capture the capital, treasury and archives, and additional acquires the acceptance of the Janissaries, becomes the legal ruler.

Such mode of taking the throne guaranteed that the most talented of the challengers became the sultan. Since he managed to eliminate his opponents, he had to know about politics and military . However, every time it created a threat to the country's stability, even more so, than even the defeated dukes were eagerly supported by Turkey's enemies: Byzantium, Venice or Persia – even just to check the sultan with the threat of supporting military his opponent ( it was so after 1481, when Bayezyd took the throne with the help of the Janissaries, but as long as his brother duke Jem stayed in the west, Turkey had its hands bound in the expansion against Venice).

The conqueror of Constantinople Mehmed II (1451-1481), in order to prevent such situation, decided that the new sultan has the right to kill his brothers (most often stepbrothers, which reduced remorse). It did not always work, as according to the traditional practice, the sons were sent by the father to the country to learn how to rule. They were surrounded by supervisors but sometimes a venturesome duke managed to rebel. It was so in 1511 when Selim rebelled against his father, seeing this as the only way to avoid death, as his father favoured another son. The rebellion was successful and Selim I became sultan. His son though, as a result of intrigues of beautiful Roksolana ordered to kill his sons, Mustafa and Bayezyd, leaving Selim II alive to be the heir, in this case the least gifted one.

Selim II opened the list of weak sultans – the lack of 'survival of the fittest' in the form of battles of brothers after the death of their father could be felt. The practice of murdering brothers was continued by successive rulers, until Mehmed III. When he took the throne in 1595 he ordered to kill his 19 brothers. It evoked such depressing impression that the same sultan changed the course of action towards his sons: instead of sending them to the country to learn how to rule, he ordered to keep them in closed pavilions of the castle harem, called kafes (cage). The dukes were forbidden to leave the kafes or conceive children. They lived in constant fear of execution, which favoured mental illnesses – and in the long run weakened the quality of the ruling sultans. The influence of the ruler's mother grew in power. In 1595, mother of Mehmed III concealed the death of his father and called his son to come back from the country, enabling him taking the throne. In the course of time, this system led to so called harem authorities in the middle of XVII century, followed by the period of great vezyrs from Koprulu ascendancy – weaker sultans were less and less able to rule the country. Such was also Mehmed IV (1648-1687), whose army battled against the army of Sobieski.

The name of this sultan is associated with further 'moderation' in the system of succession to the throne. Mehmed IV was deposed by the Janissaries - displeased with the defeats, but not murdered like his father. The authority was taken over by his step brother Suleyman II. When officials came to him to kafes, he thought they intended to murder him. From then, another unwritten rule of succeeding authority was formed. The throne was inherited by the oldest brother and then in turn, by brothers from the next generation. This system, a unique seniority rule survived until the end of Ottoman rules in the first quarter of the 20th century.