Benedykt Chmielowski on the Faith of the Turks Roman Marcinek 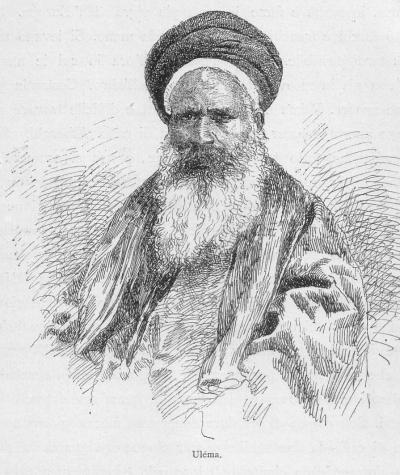 New Athens by Joachim Benedykt Chmielowski reads very well, while at the same time being in contact with clear-cut intellectual horizons of a nobleman; moreover, of an extraordinary Sarmatian who was interested in more abstract matters than just sowing, harvesting and an occasional visit of a local podsędek [subjudge]. From rather summary information one can infer that huge areas of knowledge lay fallow for Sarmatians, no one tried to go into the meanderings of learning, e.g. about Islam. “From these, then, my Good Reader, sequere Sententiam which you want;  and also for the recreation of Reader & ad risum I judged apponendum that the Turks believe under their Alkoran that Muhammad their false Prophet having the keys to Paradise, on the Day of Judgment will turn into a ram and the Muslims into fleas, and so, by jumping on him they will reach Paradise, or Heaven, because it seems to be one thing for them. Behold, it assumes bestial Blessing for a bestial life? Bad faith results in bad sentiments. This Alkoran says that Paradise is as large as Heaven and Earth, and the entire Paradise is filled with a Tree with leaves of silver and gold and these words inscribed: there is no God but God, and Muhammad is the Messenger of God. In that Paradise, he promised Mohammedans delightful fun and pleasures with Virgins surpassing all beauty. For such sentiments of his, he deserves to be a fruit on the tree of his paradise. [...] Mohammedans have Friday as their Shabbat, or Sunday, because on that day the Prophet Muhammad was born and on Friday he also fled. All Muhammad's followers should be called Muhammads, but they chose a nomen speciale, calling themselves Musulman, that is, Orthodox. A piece of paper may not lie on the ground, but having found it, they squeeze it into interstices, they burn it, because they say: the name of God happens to be on it. A newly converted man (which consistit in circumcisione) is led on a white horse in a green turban around the streets of the City in assistentia, and he keeps a sharp blade aimed at his heart to document that he will first lay down his life than the Mahometan order. Young children are circumcised in their seventh year, non in die octava in accordance with the old Law.” And that's all.

Chmielowski devoted more attention to the tangential points of Islam and Christianity, but very briefly, too. “The Turks call Christians Giaours, that is, unfaithful idolaters who worship the figures and Images of Christ, while they themselves have no pictures, nor do they allow to depict themselves unless by arte secreta. [...] The Turks do not allow the Christians to sound their Bells, erect new Churches, go in public Processions. Furthermore, the Christians are forbidden to ride horses and donkeys in the Cities, they may only walk. The Christian Holy Places, such as of the Birth of Christ, the Last Supper, the Ascension, are held in high esteem, as they admit that all this  befits the Great Prophet Christ. However, they turn the places of the Passion of Christ and of all slights in derisum, claiming that Christ could neither die nor suffer as being the Spirit of God. But they have to tell such stories, because they do not know the Divine mysteries in the way the Christians know and believe that sic oportuit Christum pati, that God took on a Body to justly remedy the maliti ae peccati, which could not be done by a purus homo, unless he was Deus Homo.”

In the chaotic multitude of information which, however, was supported by facts, Chmielowski also indulged nonsensical drivel: “They canonized four animals: the Donkey because it carried Christ the Lord, the Mohammedan camel, the dog  of the seven sleepers [ar-Raqim, guarding the Christian youths of Ephesus who were hiding from persecution in the times of Diocletian], and following the Egyptian Dervishes, St. George's horse, teste Ricoto. Camels are respected partly due to the above reason and partly  because they carry their Books on the way to Mecha [Mecca]; item they feed Dogs, cats every day; they cast bread on the water, they let birds out of cages, saving their souls by these deeds, and apparently implicite Pagan error, that is Metempsichosim fovendo.” Chmielowski does not mention the word Islam, and his knowledge of the second largest monotheistic religion is, to put it mildly, superficial. He did not take the least pains to come to know or understand the ideology that fuelled decades of Turkish expansion in Europe but also contained many universal values that should be present in the life of every decent human being. He entirely left out the common forefather Adam, the Old and New Testament prophets creating the history of the world, Abraham (Ibrahim) the forefather of the Arabs, Moses (Musa), David and Solomon (Suleiman). He even ignored the vision, popular in the literature of that time, of  Mohammedan paradise described as a garden full of greenery, fruit trees and flowers, with streams of crystal clear water, milk, wine and honey. Where the faithful who have deserved a reward repose in their precious robes, lying on soft cushions, while houris with almond-shaped eyes serve them wine and cool sherbets. They feel joy and tranquility flowing from God’s grace granted them.