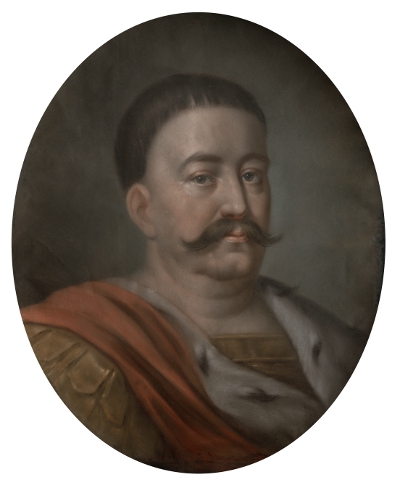 One of the most famous and enterprising “grey eminences” of the time, an extremely gifted philosopher and scholar, Vota was a great admirer of Galileo Galilei. Born in Turin in 1629, he first studied in Avignon and Lyon and then left for Rome. In 1661 Vota travelled to Venice where he was a tutor of the well-known Elena Lucrezia Cornaro Piscopia (1646–1684), the first woman in history to receive a doctor’s degree in philosophy. Vota taught her the rudiments of maths, sciences and astronomy. He spent 17 years in Venice.

While in Turin, Vota designed a building which was to serve as the seat of Collegio dei Nobili. The foundation stone was laid in 1679 by Maria Giovanna Battista, regentess of  Sabaudia. The site manager of the construction works was Michelangelo Garove. Today the said building is known as Palazzo dei Muzei.

Vota’s interests were not limited to science and architecture. A tireless man, he was most successful as a politician and diplomat. He was sent by Pope Innocent XI with a special mission to the King of Poland. He stayed at the Polish royal court from 1682.

Vota was suspected of serving the emperor unofficially. The latter sent the Jesuit to Moscow in 1684 to win favour with the tsar and to convince him to be more lenient towards the Catholics and to guarantee their freedom of worship.

Vota also saved the alliance between Poland and Austria by arranging the marriage of Prince Jakub, which halted the collapse of the Holy League. Jan Sobieski was affronted by the fact that Ludwika Karolina Radziwiłł, heiress to a large family fortune courted by Prince Jakub, eventually married Charles III Philip Wittelsbach, son-in-low of Emperor Leopold I. Vota managed to deter Sobieski’s violent reaction to the said marriage. With the help of Cardinal Francesco Buonvisi he informed the Viennese court of the Polish King’s disappointment and further contributed to the marriage between Prince Jakub and Hedwig Elisabeth, Countess Palatine and sister of Charles III.

King Sobieski’s successor Augustus II the Strong chose Vota to be his spiritual guide and took the confessor with him to Dresden in 1699. This date marks the beginning of a growing impact of the Catholic faith at the royal court of the otherwise largely Protestant state of Saxony. Vota conducted extensive correspondence with many influential people of the time including Leibniz. He was suspected of serving Frederick III, as he was not only a proponent of the Catholic faith at the Saxon court but also a protector of Prussian interests.

Carlo Maurizio Vota left Dresden in 1710. He died in Rome in 1715. Memoirist Philippe Dupont gives the following account of Vota’s stay in Poland, “He was one of these people who are familiar with all sciences and have a broad knowledge of things, hardly ever found in one man. He spoke fluent Latin, Italian and French, was a great theologian, brilliantly acquainted with ancient and modern history. He was also an outstanding expert on chronology and geography. He understood the interests of European rulers no less than the most talented of ministers. In short, he was one of the most learned people of his time, an excellent erudite. He could orate all day long. In addition, he was an ardent supporter of the Austrian house.”