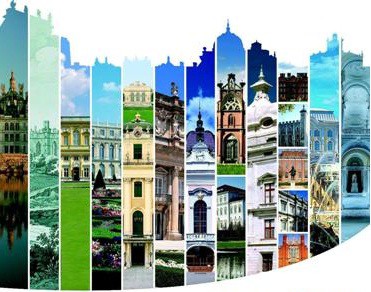 Discovering European Heritage in Royal Residences (DEHRR) is the first collective educational and cultural project undertaken by the members of the Association of European Royal Residences (ARRE). Since 2009 the employees of ARRE departments responsible for education matters have been meeting in order to exchange ideas and create a unique programme of events related to the theme: Impact of the Royal Residences on their Environment from Past to Present. The new rich cultural programme, aimed both at young people and at a wider public, has been arranged for three main events, namely European Heritage Classes held in spring 2010 (the first action of the project); European Heritage Days held in September 2010 (the second action of the project) and Spring Day for Europe which will take place in spring 2011 (the third action of the project). All these events will last until September 2011.

Co-organisers: (the first, second and third action of the project)

Public Establishment of the National Estate of Chambord, France

Public Establishment of the National Estate and Museum of Versailles, France

Associated Partners (the second action of the project) 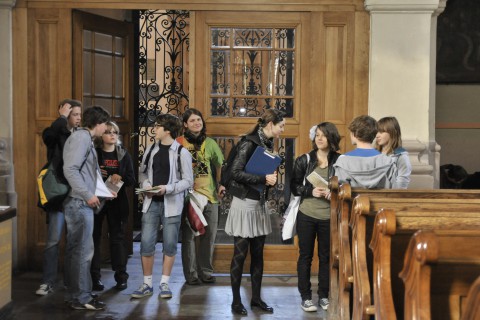 Action I – European Heritage Classes - May 2010

European Heritage Classes were thought as a week-long workshop taking place at similar time in all associated partner royal residences and aimed at a group of pupils. The core idea of the workshop was to prepare a film or a cycle of photographs devoted to the theme of the impact of  the royal residences on their environment from past to present.

The young people participating in the workshop in Wilanów Palace Museum shot a film entitled Change. Tomasz Jurkiewicz, the director and screenwriter, and Zbigniew Niciński, the editor, took care of the works done by the participants.

A documentary film entitled Change is the result of the European Heritage Classes and it shows four different aspects of changes which have occurred in Wilanów over the centuries.

We are inviting you to watch the film! 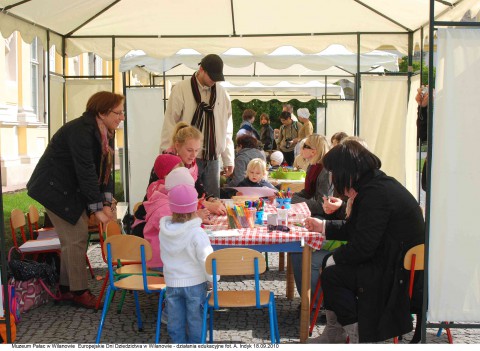 On the occasion of the European Heritage Days, Wilanów Palace Museum prepared a particularly attractive offer composed of cultural events which you could not miss. In order to arouse sensitivity to richness and diversity of our common European heritage we offered to our visitors an exhibition, theme trips, lectures, outdoor games, interactive workshops and games aimed at children and their families. The programmes constitutes a part of the project entitled Discovering European Heritage in Royal Residences (DEHRR) which aims at revealing similarities and differences existing among the most prestigious European royal residences.

The exhibition Discovering European Heritage in Royal Residences put on display photographs and films produced by young people participating in education workshops in six royal residences and emphasised different ways of perceiving European heritage. In spring 2010 education departments of the former Palace of Brussels and of Versailles, Wilanów, Schönbrunn and Madrid palaces as well as that of the castle in Chambord organized classes devoted to royal residences and their impact on the surrounding area. During one week of intensive work young people discovered history, architecture and art in European royal residences through the lenses of a camera and a video camera. The Polish youth produced four documentary films naming them with a common title: Change. The set of films enables the discovery of European heritage and shows changes which have happened in Wilanów. The multimedia photography and film exhibition prepared by young Europeans was a journey from one palace to another and surely made many visitors wish to see them on their own. The films of Polish pupils are available on youtube.

In May 2011 Wilanów would like to invite visitors for special classes aimed at discovering European cultural heritage through urban games, education games and workshops giving its visitors an opportunity to learn about customs present at European courts in the Baroque period.

Young visitors will be offered the opportunity of discovering royal residences and their surrounding areas through games and education classes which are aimed at arousing the sense of responsibility for European cultural heritage. The event will make it possible for young people to visit places which they would never have the opportunity to see otherwise. Moreover, it will contribute to eliminate the problems of inequality, educational failures and social exclusion.

While learning about old customs, clothes, different kinds of craftsmanship young people will get the opportunity to discover the richness and diversity of European courts in the Baroque period.

Build a European residence is a game which will enable you to discover the European heritage. Become an architect or a court architect and create your own project of a European residence. You can compile main structures, architectural, decorative and sculpting elements of famous royal residences such as Versailles, Chambord, the Royal Castle of Madrid, Schönbrunn, the former Palace Coudenberg and Wilanów. Ignite your imagination and invent a unique palace where the elements characteristic for different buildings are interwoven and unite them to create a common European vision.

Strain your ears and discover the European heritage in royal residences. The sounds of Wilanów saved on a CD will give you the opportunity to go back to King Jan III’s and Queen Maria Kazimiera’s times. The sound episodes will bring you closer to the function that this suburban residence of a royal monarch used to fulfil. WilanówImaginariumtells the story of King’s daily activities, his interests and the passion for gardening.

Other information: Booking is required
For booking call: 801 011 779, 22 842 07 95
E-mail for booking: rezerwacja@wilanow-palac.pl
The offer is aimed at groups suffering from the problem of social exclusion.
Admission free
Participants’ age: 13–17

This project has been funded with support from the European Commission. The project or its publication reflect the views only of the author, and the Commission cannot be held responsible for any use which may be made of the information contained therein.

Build a European residence is a game which will enable you to discover the European heritage. Become an architect or …

Since 1995, the institutions in charge of the most prestigious Palace Museums in Europe have come together to form the …