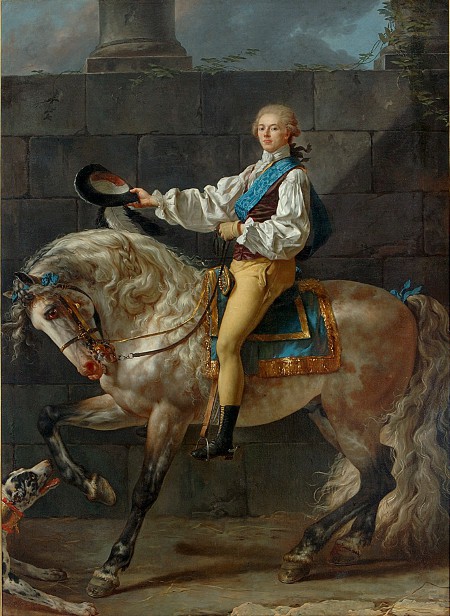 The equestrian portrait of the 26 years-old Stanisław Kostka Potocki is one of the most valuable paintings in Polish museum collections. It possesses special relevance for the Wilanów gallery not only as a magnificent work by Jacques Louis David, but also because it shows the owner of the palace (1799-1821), a known collector of art and the founder in 1805 of one of the oldest museums in Poland.

In professional literature the painting is recognised as one of the best works by the most outstanding representative of French Classicism. David made use of the creative attainments of his predecessors and emulated the depictions of horses by Rubens and Van Dyck. Two drawings of horses by David can be regarded as analogies to the Wilanów portrait. The one in which the steed is shown in an identical pose was executed upon the basis of a fabric from the Decius Mus Cycle after cartoons by Rubens. The other is a pencil sketch from Van Dyck’s portrait of Prince Thomas of Savoy on horseback. Benefitting from the artistic achievements of the great painters of the past epoch, David created a new quality due to his creative approach to the theme.

The Wilanów portrait is connected with an interesting legend claiming that the painter admiringly observed the young Polish aristocrat who at a race held in Naples tamed a very wild and dangerous horse. Supposedly, this was the inspiration for the first sketch to the portrait. Count Potocki, however, commissioned the artist to paint according to a sketch from 1780, whose history is difficult to recreate. The sketch by David, executed in black and blue crayon on a blue background, 56,5 x 44 cm, emerged for the first time at an auction held in Brussels in 1926. In 1949, it reappeared at an auction in Bern, where it was sold together with the whole Delacre collection. A reproduction of the drawing is included in the auction catalogue.

The work on the Potocki portrait was continued at the artist’s studios in Rome and Paris, where it was completed in 1781; subsequently, the painting was transported to Warsaw. Archival data tell us that owing to its large size the canvas was for some time kept in the workshop of Mateusz Tokarski, conservator and custodian of the Stanisław Augustus Poniatowski Gallery. Subsequently, it was transferred to the studio of Franciszek Smuglewicz at the Royal Castle in Warsaw.

In 1799, immediately after Wilanów was taken over by Aleksandra and Stanisław Kostka Potocki from Marschallin Izabela Lubomirska, David’s work found itself in the palace, where at remained until 1939. During the German occupation the portrait was taken to Germany and then, together with other wartime loot, it was kept in the Soviet Union; in 1956 it returned to Poland.

The most precious painting of the collection (film)

What an artistocrat, a revolutionist, a horse and a dog have in common?

Entrance free for all (film)

a film about art collector who created the Wilanów museum. 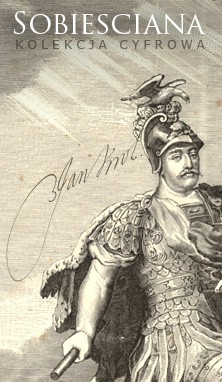