Exhibition of plafonds from the King’s Library | in the palace 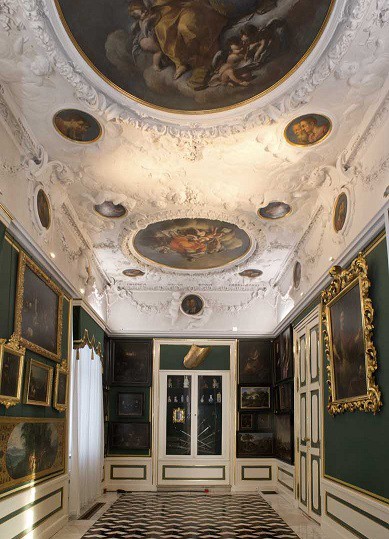 Join us at an exceptional presentation of paintings which usually hang several metres above the heads of visitors to the King’s Library. The plafonds we brought down for you are: Philosophy, a tondo paining, and six portraits of outstanding scholars and great artists. You can now take a much closer look at these ceiling paintings, and learn the fascinating tales of secrets surrounding the decorations of King Jan III’s Library!

History of the King’s Library 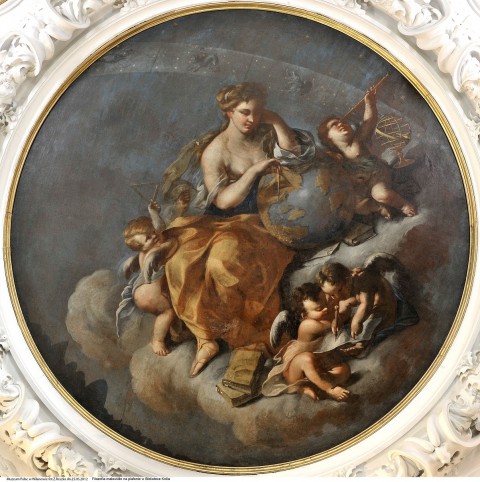 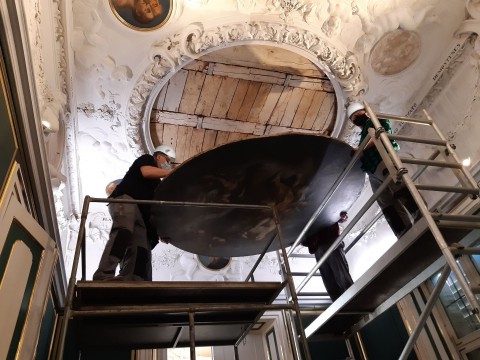 At present, the ceiling of the King’s Library is in a poor condition and requires comprehensive conservation, which can only start if the Museum succeeds in obtaining sufficient funding. The last thorough conservation treatment was completed nearly 60 years ago, and failed to protect Library interiors from further degradation. In December 2020, parts of the ceiling were drenched after a water leak. The binding of sculpted and moulded decorations loosened, local delamination occurred, decorative features detached from their support, and yellowish-reddish discolouration and salt deposits became visible on the surface. To prevent further deterioration as a result of the leak, one of the tondos and six medallions were removed from the ceiling. The technical conditio and aesthetic appeal of the Baroque stone flooring also deteriorated. The entire room is in dire need of comprehensive conservation treatment, which would help the invaluable decorations dating to the times of King Jan III regain their lustre.

While making preparations for this complex project, we decided to display the dismantled decorative elements and tell the story behind their creation, symbolism and previous conservation attempts. This is a unique opportunity to see how plafonds were painted more than 300 years ago, and learn about their history as well. The decorations of the King’s Library are rich in symbolism, which holds many secrets. Who knows, maybe the exhibition will reveal at least some of them.