Historic culinary re-enactment programme "A Place at the Royal Table" 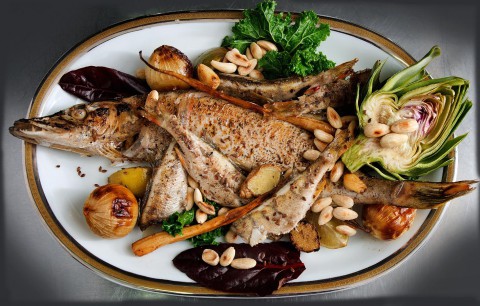 Pike from the Old Polish recipe, photo by A. Indyk

It is with great enthusiasm that the Network of European Royal Residences welcomes the European Year of Cultural Heritage, an initiative of the European Parliament and the European Commission for 2018.

Aiming to raise awareness among future generations and improve education about European cultural heritage, its values and its protection, EYCH 2018 will also provide an opportunity to strengthen our collaboration, build trust, nurture relationships across national borders and create bridges between cultures. 21 members in 12 European countries already joined the initiative conceiving the project "A Place at the Royal Table".

Mission: "In 2018 we invite our visitors to share our heritage and cultivate the future. Through programs for our millions of visitors, we want to raise awareness for the culinary traditions in European Courts". 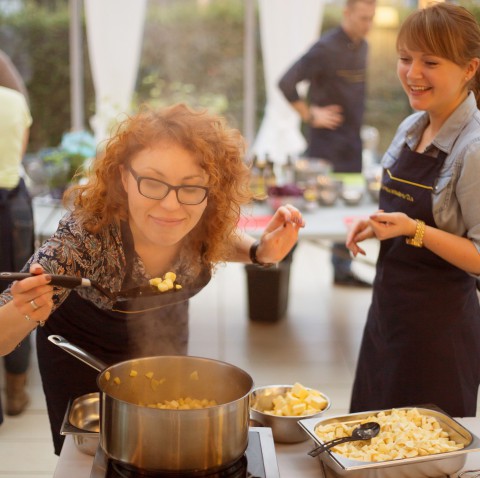 Food culture and culinary traditions in European Courts are an essential part of our European Heritage, both tangible and intangible. This highly topical subject is at the heart of our daily lives, bringing people together and creating close connections between cultures.

Museum of King Jan III's Palace at Wilanów runs a culinary reenactment programme from 2008. In the Baroque royal residence we recall and rediscover culinary traditions, and build educational programs around them, taking advantage of the widespread interest in food. In cooperation with academic researchers Museum published 7 eldest Polish cookbooks with recipes (17-18th c.) and more than 150 articles about royal cuisine and European culinary customs - click here.

In frames of "A Place at the Royal Table" programme we organized more than 200 workshops for school children (also for gastronomic schools’ students),  adults and families.

Three marking points highlighted the idea of our participation in European Year of Cultural Heritage 2018 within the Network of European Royal Residences:

Old Polish cuisine was full of mysteries, contrasts, and unusual taste combinations. It was a unique blend of many cultures, in which the traditions of the West were flavoured with some distinct tastes of the East. The cooks of the past were real artists who cared about the concept and content, as well as the sophisticated form of every dish. 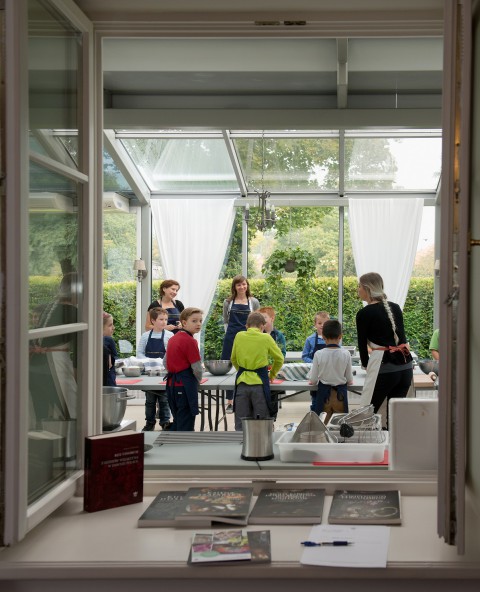 The Museum of King Jan III's Palace at Wilanów organizes the celebrated programme whose main purpose is to create and popularize ancient cuisine, the tradition and customs related to it, and to disprove at times very unflattering stereotypes.

Our chefs and specialists carry out numerous culinary workshops for children, adolescents, and adults, during which our guests prepare the dishes by themselves and interpret recipes from the oldest Polish cookbooks published by the Museum in the series Monumenta Poloniae Culinaria. These publications are an endless inspiration and the main source for the entire programme.

The re-enactment of culinary heritage is a quite demanding and responsible task. On the one hand, the dish should be reproduced with precision in strict accordance with the recipe. On the other hand, we have to adapt to the demands and habits of the visitors. To meet the various tastes and expectations of our customers, we also offer unique historical culinary re-enactment demonstrations, which offer an opportunity to study our history and culture from an unusual perspective. During the demonstrations, participants learn and explore Old Polish flavours and unexpected, sometimes even almost forgotten, ingredients.

Workshops for children and adolescents "In the traditional Polish kitchen"

Cooking is an art in which inspiration, imagination, and creativity are crucial. It is also a craft that can be learned. Taking part in our culinary classes may be a perfect start of a real culinary adventure!

Under the supervision of a professional chef and his assistants, pupils prepare dishes according to 17th-century recipes. During the preparation, certain uncommon ingredients and flavours are presented and used. This is a great opportunity to learn about the traditions, customs, and rare products. The perfect ending is a common feast, during which the participants taste dishes inspired by Old Polish cuisine. We hope the workshops will release true culinary passion and fascination with history!

Since when is cooking only fun for children? Nothing could be further from the truth! Our culinary workshops for adult visitors could be a great adventure and an opportunity of becoming an artist in the kitchen.

Who was Stanisław Czerniecki, author of the first Polish cookbook, which for at least a century influenced Polish culinary taste? …

Sarmatian hospitality was famous all over Europe. Foreigners who visited the Commonwealth knew it from numerous travel journals that were …

Among the forgotten dishes of the old Polish cuisine, a special place was occupied by the capon, the object of …

A Place at the Royal Table | report from workshop (article)

Due to a high price of sugar, which for a long time was a hard to get exotic speciality, in …

The custom of drinking from a single wine glass (article, Silva Rerum)

Due to the strict observance of fasting and a huge number of fasting days in the year, fasting dishes played …

In old Polish culture, the Holy Week preceding Easter was full of exceptionally rich rituals that built the traditions and …

The term "Sarmatism" signifies a political doctrine and ideology, lifestyle, customs, philosophy of life and cultural trends and formation of …