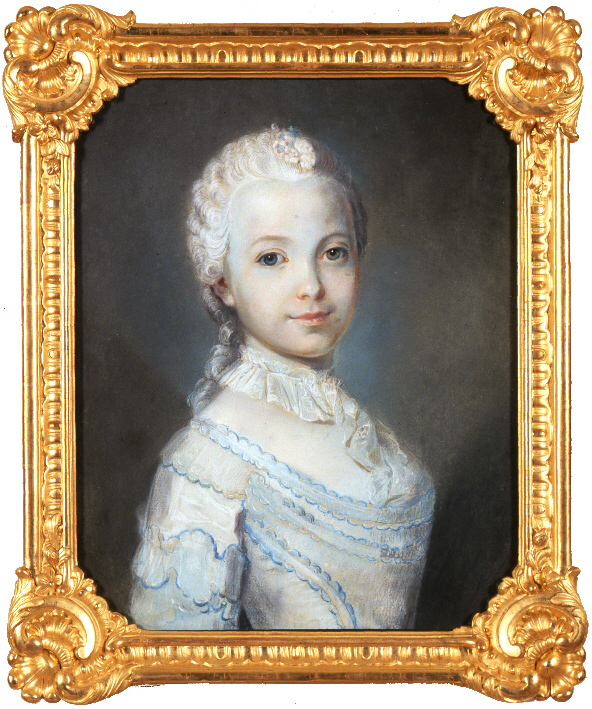 Izabela Lubomirska née Czartoryska (1736-1816), wife of the great marshal of the Crown. Beloved daughter of August Czartoryski, the voivode of Rus’; as a young girl she was a dear friend of her cousin, Stanisław Poniatowski, but after he mounted the throne the friendship slowly changed to animosity and even hostility.

A frequent traveller, a member of the Freemasonry and an heiress of the sprawling landed estates of her father and husband, i.a. Wilanów, Wiśnicz and Łańcut. In 1785 involved in the so-called Dogrumowa affair, and after losing the case, left Poland never to return, although her daughters and sons-in-law: Ignacy and Stanisław Kostka Potocki as well as Seweryn Rzewuski informed her about the events at home. Resided mainly in France and during the Revolution – in Switzerland, but subsequently lived permanently in Vienna.

Lubomirska treated Polish affairs with indifference, but took good care of her estates and residences: the palaces in Warsaw, Vienna and Wilanów, which she restored and expanded, as well as Mokotów and Łańcut, totally rebuilt according to plans by Christian Piotr Aigner. Abroad, Lubomirska purchased many sculptures, paintings and artefacts with the help of her son-in-law Stanisław Kostka Potocki, and amassed enormous collections of vases and classical sculptures, mainly in the residence in Łańcut. Haughty and challenging in contacts with persons close to her, she was never successfully persuaded to support patriotic initiatives. Died in Vienna.