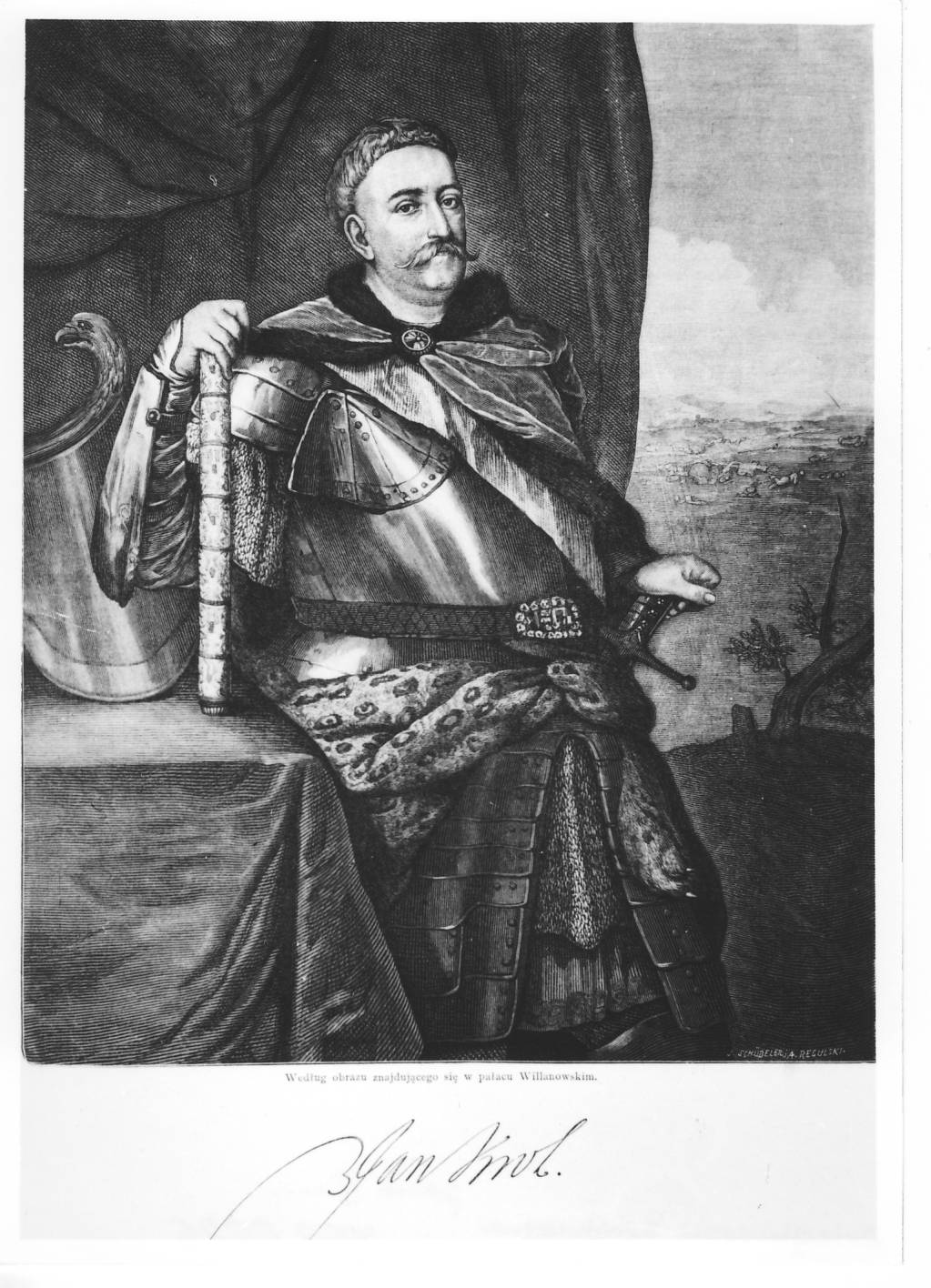 Portrait of Jan III Sobieski, picture from the collection of National Library in Warsaw.

Crown Grand Hetman Jan Sobieski assumed the Polish throne in 1674. Despite the impressive posture which aroused both “fear and love” (quoting after Forst de Battaglia)* and a scowling appearance, the king suffered from poor health. Indeed, he dedicated a lot of attention to his own health in letters composed to his beloved wife, “the fairest Aurora”. Consequently, the preserved correspondence sheds light on his numerous health problems.

Like a lot of men in his times, Sobieski suffered from syphilis. Making no secret of the illness, he mentioned rubbing a mercury ointment into diseased parts and having an irritating rash (“I have been speckled from top to toe with such thick spots on the arms and the whole body”, he was reporting to young Mrs Zamoyska in a letter from Lublin dated 22 July 1665). The ointment contained mercury monoxide which penetrated mucous membranes and killed spirochaetes, but also produced detrimental side effect, as mercury is a highly toxic substance. As a result of the treatment, years later Sobieski developed uraemia and chronic nephritis, cardiovascular problems with total body oedema, ascites and dilation of the heart, not to mention other complications caused by syphilis. In addition, the hetman kept complaining of “terrible headaches” and tooth aches, nasal congestion, fever and dysentery. In October 1667 Sobieski sustained a bad fall from a horse. In March 1668 he was informing “the most charming Marie” in a letter from Warsaw: “Rheumatism or God knows what has been immensely bothering my leg. It has become numb and impossible to stand on for a longer while”. He further implored his beloved one to seek medical advice in Amsterdam “on my hurting leg and (…) the headache”, when passing through the city in August 1670. At the end of November 1671 in Lviv the monarch was clearly suffering from a throat ulcer, which “exceeding all expectations, with the help of six doctors and barber-surgeons (…) burst and leaked out”. The said ulcers recurred two weeks later, coupled with a “severe eye flux”. These are but some of the ailments experienced by Jan III. Admittedly, it is quite astonishing that a victim of so many chronic illnesses managed to perform such tremendous acts as a commander in chief and a monarch and to achieve so many victories on battlefields. Sobieski’s achievements were possible thanks to his continuous struggle with his own weakness and the unfailing willingness to overcome the illness. However, after 1685, following the Victory of Vienna the king’s health declined so much that he was forced to resign from campaigning in duchies located by the River Danube. From the mid-1694 successive doctors diagnosed the monarch’s approaching death. In his journal, the royal valet Kazimierz Sarnecki (1693–1696) depicted a depressing image of a weak, seriously ailing ruler, subject to an emotional see-saw, frequently staying in bed and taking regular afternoon naps. Having woken up on 17 June 1696, Jan III realized that he could no longer recognize the scent of his favourite flowers, which totally depressed him. He died on the same day at eight p.m., “having fainted, as the ascites was already approaching the heart” (Sarnecki).

Images of the great king tend to depict him as a hero of an impressive male beauty and an imposing posture. A painting by an anonymous artist created in 1675–1700, in the Wilanów collection at least since 1793, presents Jan III as a majestic king-knight, proudly resting his right arm on a baton and the left one on a karabela (a type of Polish sabre). The portrait in question, different from his typical seventeenth-century effigies, has a masterly woodcut reproduction chased by Julian Schübeler, who made use of Aleksander Regulski’s drawing made from the original painting. The print illustrated the prestigious edition of Józeł Łoski’s publication Jan Sobieski, jego rodzina, towarzysze broni i współczesne zabytki [Jan Sobieski, his family, comrades-in-arms, and contemporary monuments], released in Warsaw in 1883.

Julian Schübeler, based on a drawing by Aleksander Regulski, according to a painting by an anonymous painter from 1675–1700: Portrait of Jan III Sobieski, woodcut, publ. 1883.