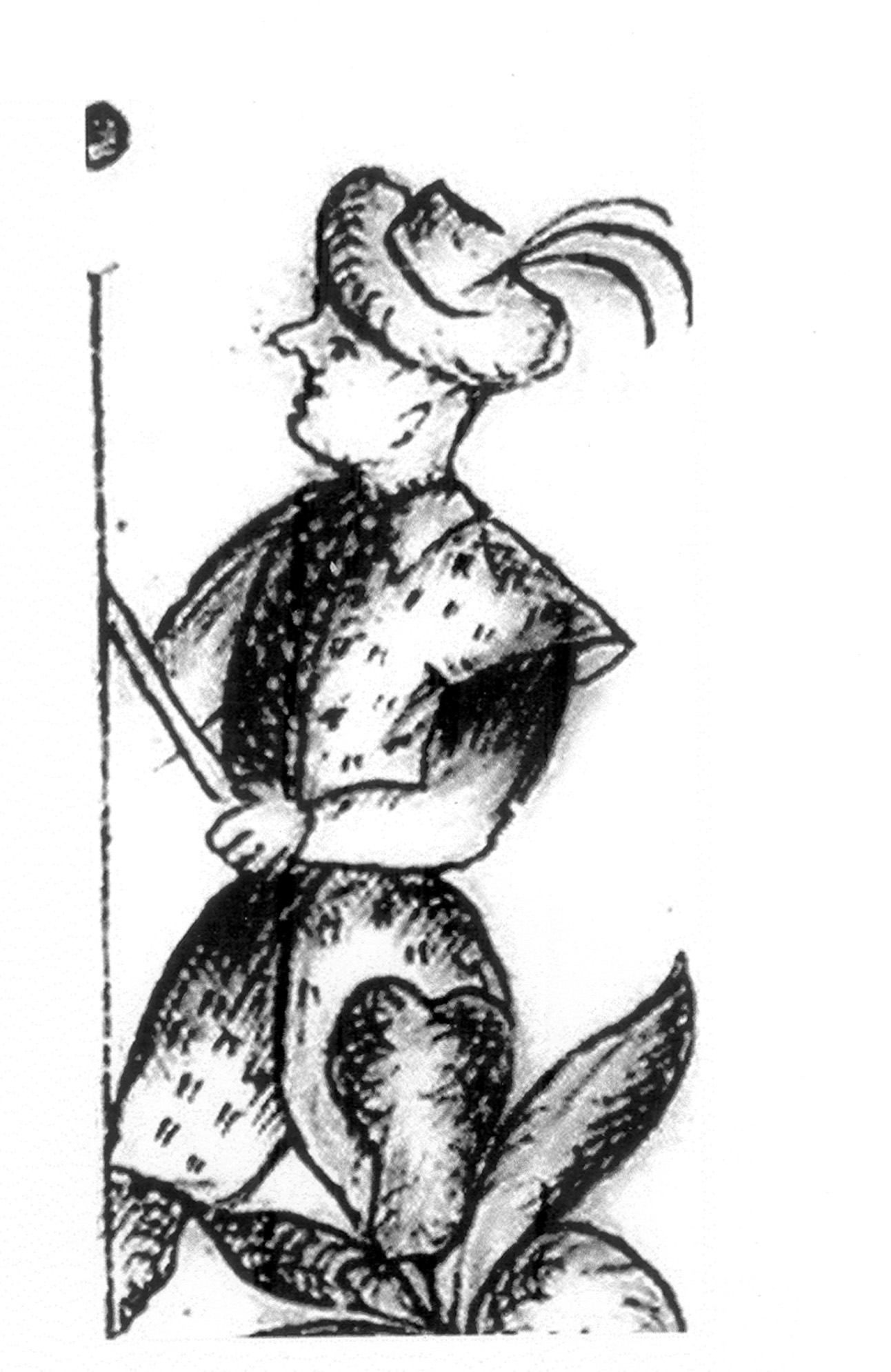 It is a well-known fact that King Jan III highly approved of native and eastern trends in fashion. Indeed, in his fascination for kerseys and Crimean caps he exceeded all Polish elective monarchs. Nevertheless, the king’s picture would be distorted if we forgot that occasionally he also wore laces and hats à la mousquetaire.

One may only assume that, similar to Tomasz Zamoyski’s, Jan’s clothing in childhood years included ferezja coats and baczmagi boots on the one hand and white stockings, lined gloves and kabat coats on the other. In line with the contemporary custom, the local fashion combined native with western elements. This held true especially in case of young boys remaining under a strong female dominance.

In an instruction addressed to his sons’ preceptor in 1640, Jakub Sobieski included the following warning, “Nor do I wish them to dress like Hussars, wearing lined caps [in] summer; let them follow the old-fashion manner of wearing hats and Magierka caps [in] summer.” Let us stress that the tradition of a modest student dress favoured the Spanish and Italian style (including the aforementioned hats), represented by the Alma Mater graduate depicted in the 1618-drawing published in the Liber promotionum book. When setting off on their educational voyage to Western Europe, the two youngsters were advised by their father, the then castellan of Cracow, to observe public performances including ballet, to practice fine dances at the court etc. Aware of the fact that his sons would inevitably assume French customs, Jakub Sobieski added, “As for attire, I do not wish you to be nimis sumptuosi, especially in France where one day people dress as if cast in gold and another they hardly wear anything at all, putting on a mere black string.” Admittedly, Sobieski was right. As noted by Sebastian Gawarecki, the two boys and their accompanying retinue changed into “French gowns” as soon as they reached Poznan (on 25 March 1646).

While staying with his brother and a small court in Western Europe (supervised by a certain Orchowski), Jan Sobieski certainly assumed the French fashion, as was the common practice. Otto Forst Battaglia believes that, “in Jan Sobieski’s understanding, French customs and education embodied the highest ideal of human perfection.” An alleged service as the red musketeers of the Royal Guard would imply the fulfilment of specific uniform requirements. Consequently, not without reason were Jan and Marek mistaken for Frenchmen while in the British Isles. Thinking they were French, on 13 October 1647 the castellan of the Dover castle (“a neo-politician and governor”) refused to let them enter the castle stronghold.

Already as Grand Marshal of the Crown, Jan Sobieski would at times fling on his shoulders a French overcoat (of Louis d’Arquien, his future father-in-law) or to tie on a sash received from Marie. He also consented, though reluctantly, to his sons having French as their mother tongue. After all, could he possible object to his beloved French wife?