Jan the III's Moldavian campaign of 1686 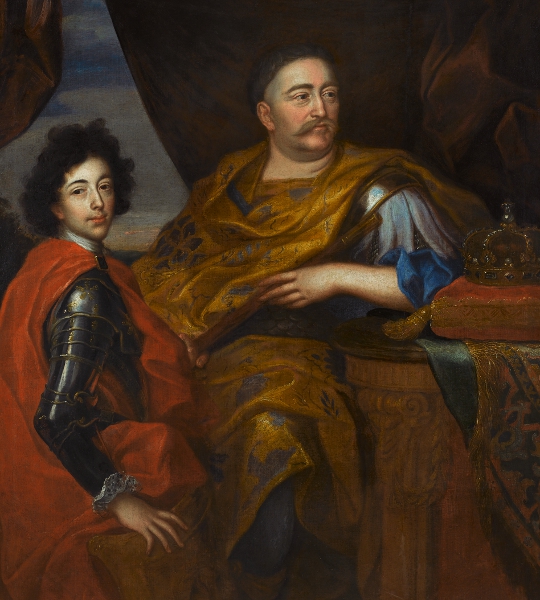 After hetman Jablonowski's failure in the Bukovina Campaign in 1685, Jan III Sobieski reconsidered the idea of the cooperation of the League armies, and possible integration of Polish and Emperor's forces. When such far reaching ideas had been rejected in Vienna, Sobieski concentrated again on his plans in Danubian Duchies. A Spectacular military success was particularly important for the Republic and the king himself, as in 1686 Poland was facing the inevitability of unfavourable peace treaty with Russia. In order to postpone, or preferably reject entirely the settlements of the unfortunate treaty, the Polish monarch had to gain political and military advantage over Russia. If he conquered Moldavia and Wallachia and put Prince Jakub on the throne of one of the aforementioned countries the advantage would be confirmed. The military plan for 1686 assumed crossing Dniester and pursuing the offensive towards Danube, occupying Moldavia as well as Wallachia. Then Sobieski also considered attacking and destroying the military power of Budjak Tatars. Owing to this success the Turks would be separated from Moldavia and Kamianetz Podilskyi, and the fortress crew would be made to capitulate and return the fortress into Polish hands. The war council accepted the king's plan, which allowed collecting appropriate funds to collect a 36 thousand army, additionally equipped with 88 cannons. The Republic forces were concentrated over Dniester around Khotyn. From there on 21st July under personal leadership of the king, the army moved towards Moldavia. Sobieski had hoped that both Danubian hospodars would stand by his side, and their armies would strengthen the king's army. Unfortunately these plans proved to be deceptive as the Moldavian hospodar Konstantin Kantemir began his political game manoeuvring between Sobieski and the Turks, and in order to get more freedom for his operations he left Iasi before the Polish monarch managed to reach it. The Wallachian hospodar Serban Cantacuzina, on the other hand, in spite of his loyalty guaranties, informed the Poles that his army will not turn up at the arranged location.

The initial failures did not discourage Sobieski, who continued his march into Moldavia. On 15th August the army reached Cecora, where a mass for the heroes of 1620 was held, including Stanislaw Zolkiewski, the king's great grandfather. Subsequently on 16th August Jan III entered Iasi, where he was welcomed as a liberator of Christians from the Turkish occupation. Such welcome seemed to testify friendly attitude of Moldavian boyars towards the Republic, which was taken by the king at face value. Therefore he strengthened his garrison in Iasi, set up storages for the army and made the decision to march towards Budjak.

Fast seizure of Moldavia gave the king a misleading impression of military power, unfortunately the further part of the campaign was to prove more difficult. The enemy adopted a different tactics then a year before. Seeing the great power of the Republic under the Leadership of The Lion of Lekhistan he tried to avoid an open battle. He only sent the Tatars to impede the march of the army by occasional struggles. The march towards Budjak proved incredible difficult because of burdensome, dry and hot climate of the steppe terrain. The army lacked food and unfriendly land did not supply it. The king hoped he would reach Danube where he would make the Turks accept the battle. Then he would cross the river and at last find adequate conditions to find food for the army.

As the march continued, and there were no prospects for the battle with the Sultan army, the Polish leaders more and more often hinted the necessity of giving up the Budjak campaign. The king was no longer able to convince his leaders about the correctness of his plans and on 2nd September near Falczyn,(about 40 kilometres from Danube) gave the order to retreat, or in fact a 'strategic counter-march towards Iasi'. The monarch still believed to be able to set up for the winter in Moldavia and undertake further actions against Turkey. After a hard retreat, taking place under constant threat from the Tatars, the Polish forces finally reached Iasi on 14th September. The fire of military storage finally annihilated the king's plans. Faced with such state of affairs, Sobieski decided to retreat to Poland. Waging constant battles against the Tatars, the army headed towards the Republic and on 13th October crossed the border near Sniatyn. On 21 October 1686 the king give up the First Command to the hands of hetmans, which was a symbolic termination of the Moldavian campaign.

Another campaign in the Danubian Duchy anded up with a disaster, and all ambitious plans of the king fell apart. Not only didn't he manage to realize his far reaching goals like subduing Hungary, Transylvania and Danubian Duchies, or entire displacement of the Turks from Europe. The king did not even manage to conquer and keep Moldavia, whose throne could be left to the Prince Jakub. Kamianets Podilskyi was also left in the hands of sultan's subordinates. As Wladyslaw Konapczynski wrote: 'the whole charm of the Polish swords gained in Vienna was lost in the forests of Bukovina and Moldavia's steppes. After 1686 we can no longer talk about Polish leadership in the Holy League, or Polish equality with the Hapsburg Monarchy.' The whole authority of the Lion of Lekhistan gained in the battles of Khotyn and Vienna fell into ruin.

Within three years, none of the kings aims was realised, therefore a question arose whether the king's dynastic policy,  which to a large extent seemed to be determining the Moldavian direction of military actions, was correct. Perhaps the king should have first of all concentrated on retrieving such important Podolian fortress as Kamianets? After all, conquering Kamianets would decisively facilitate the future campaigns towards Danube. Did the king make a mistake in his plans? He believed too strongly in clear intentions of the emperor and trusted the Danubian hospodars that they would abandon dependence from the Ottoman Empire to join Polish side immediately. Moldavian campaigns from 1684 – 1686 ended up in complete failure.,  but it should be noted that the constant activity on the Danubian front played an important part in overall evaluation of the activities of the Holy League, and the especially the1686 campaign,  as it constituted efficient sabotage, binding part of Turkish forces and allowing the Hapsburg army to conquer Buda and, in fact, whole Hungary. The Polish side resigned from further attempts of subduing Moldavia, focusing rather on the possibility of regaining Kamianets from the enemy's hands, unfortunately with no much success.