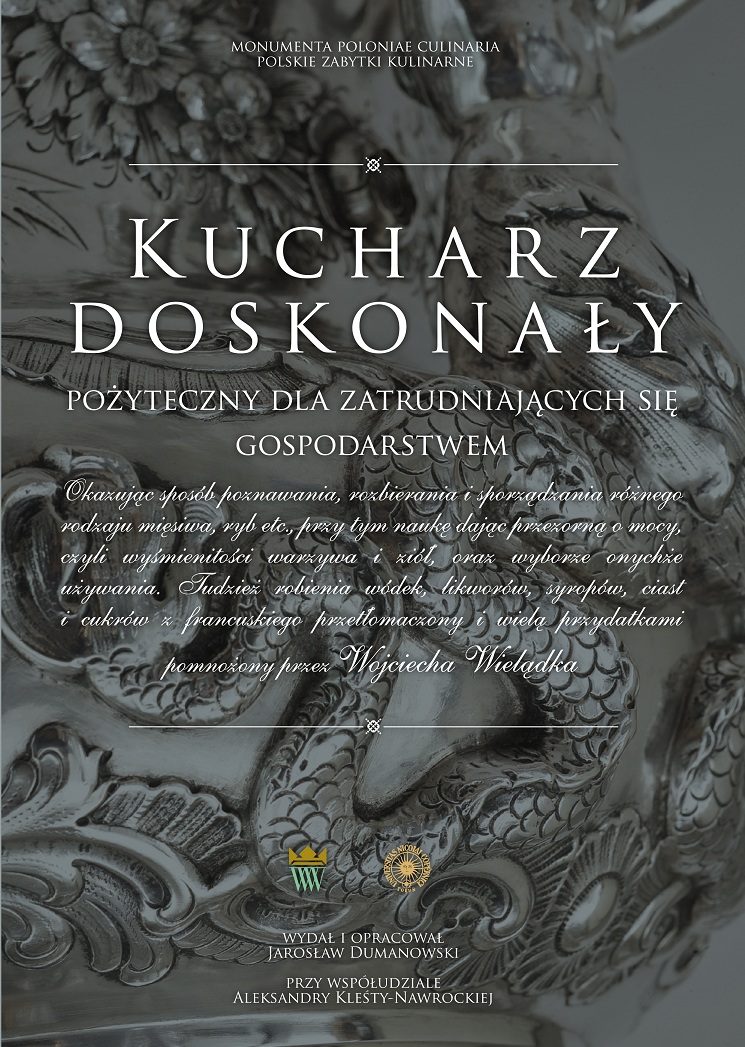 The cover of the new edition of "The cook perfect" Museum of King Jan III's Palace at Wilanów, 2012

Written by Wojciech Wilądek and first published in 1783, the Kucharz doskonały (Perfect cook) presents a cuisine that can be defined as classical. Here, hot and often contrasting spices, fancy decorations and surprising concepts are replaced with moderation and search for natural flavours. The author himself recommended the work as translation from French. However, his Perfect cook, although it features extensive similarities to at least a few of the French cookbooks of the time, is not a straightforward translation of any of them. In the opinion of both the author and his contemporary Polish readers, abundant references to already published French texts were an added value to his own book.

Wielądko's book replaced on Polish bookshelves Czerniecki's book from 1682, which, although still reprinted in the 18th century, was evidently archaic in terms of its Baroque tastes. Also, Wielądko's recipes are somewhat closer to our idea of cookbooks than the book of his predecessor. The author of the Perfect cook created a more practical work, addressed to a broader audience than the full of swing and surprising conceptsCompendium ferculorum.

The same as many French cookbooks of the same period, the Perfect cook begins with a sort of a calendar. Following the rhythm of the seasons and months, the author advised readers on the availability and quality of various products. This was associated with the conviction - typical of the classical French cuisine - that first of all, you should eat fresh products originating from a certain region, maintaining their natural flavours, aromas and appearance. This was definitely in contrast to the Baroque cuisine that appreciated fanciful, unusual flavours resulting from a compilation of exotic spices and heavy sauces and unnatural, refined forms of dishes that concealed their true appearance and origin.