Plans of Polish-Turkish Alliance in the Times of Sigismund Augustus 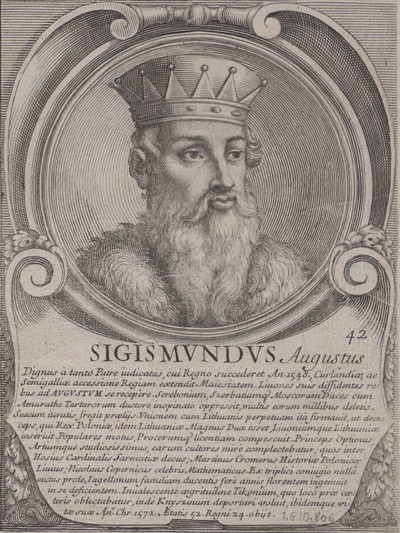 One of the most interesting episodes in the history of Polish-Turkish relations is the planned alliance between the Commonwealth and the Ottoman Empire against Moscow. The idea emerged during the wars between the Porte and the Grand Duchy of Moscow over Astrakhan and Kazan in the late 60s of the 16th century.

The beginning of this concept dated back to the 50s, when the Bakhchysarai throne was occupied by Devlet Giray who considered Muscovy his main enemy, and thereby he was a valuable ally for Sigismund Augustus. Although the first attempts of anti-Muscovy collaboration failed, in 1565 the matter became topical again. The Polish-Lithuanian Commonwealth was then engaged in a great conflict with Moscow and its allies, and needed support. This time, however, the royal court, not trusting the Khan, who had not granted his assistance during the 1562–1563 war, addressed the Sultan directly. In Istanbul, efforts were made to gain primarily diplomatic support, although military aid from the Ottomans against Moscow would not be renounced. The Polish ruling elite assumed that Turkey siding with Poland would have to influence the position of Crimea on the anti-Muscovy alliance.

In 1565, the courtier Mikołaj Brzeski went to Istanbul; he was to sound out the opinion of the Porte on cooperation against Moscow. The situation was unusual, because although in the 15th century the alliance with the Tatar Muslims against  Moscow raised no objections from the European public, an alliance with Turkey was something completely different. The news of the Polish-Turkish alliance could make a negative impression in Europe and cause a lot of trouble for Sigismund Augustus. Therefore, efforts were made to keep the matter secret. As Sultan Suleiman was preparing for a new war with Emperor Maximilian II, the Polish envoy was given evasive answers in this matter (although other issues were well attended to). The Sultan, however, unofficially informed the envoy about his agreement for the Khan’s supporting Poland with his troops if necessary. Brzeski also visited Crown Prince Selim, to whom he presented the plan of anti-Muscovy alliance.

Because of the Empire’s involvement in another theatre of operations, the planned alliance did not work out, the more so as the Lithuanian-Muscovite actions were also interrupted. However, the then Grand Vizier who discussed the matter with Brzeski, Sokollü Mehmed Pasha, remembered the idea and returned to it in 1569, on the eve of the Turkish expedition against Moscow aimed to recover Astrakhan for Turkey. The Turkish army left Edirne on the 2nd of March, and as early as mid-April, Ibrahim the Beg (Joachim Strasz) headed for the Lublin Sejm. His diplomatic mission was closely related to the Turkish-Muscovite War. The Sultan in his letter brought by Selim II informed the King about sending the troops to Astrakhan and reminded that four years earlier Sigismund Augustus's father suggested a joint expedition against Tsar Ivan the Terrible, and now there was an occasion to attack Muscovy together. Strasz in his speech highlighted Polish-Turkish friendship, and on behalf of his monarch asked for permission for the Sultan's army to pass through the territory of the Commonwealth.

It seems that the Porte did not take the possible military cooperation against Moscow seriously, but only wanted to scare the Tsar and to cause him to send some of the Moscow’s forces to the Lithuanian front against the Polish-Lithuanian army to weaken the defence in the Astrakhan region. The Polish monarch, for 10 years conducting a disadvantageous war with the Tsar, did not agree to a joint expedition because it was not in the interest of his country. Like the Khan, he did not agree, either, to the Ottoman troops’ passing through the territory of the Commonwealth. Eventually, they crossed the Dnieper River in the vicinity of the island Hortitsa. The Turkish expedition ended in disaster, not only because of the strong defence of Astrakhan, but also as a result of the actions of the Crimean Khan, in whose interest it was not to subordinate the town to the sultans, since that would mean increasing the Porte’s control of the Khanate.

In early June, Ibrahim the Beg left Lublin, having finished his unsuccessful mission. He was accompanied by the King’s envoy to the Sultan, Andrzej Taranowski. His task was a difficult one, since he was hostilely received by the Vizier, and Selim II refused him an audience. However, the able envoy managed to change the attitude of the Porte. He even obtained permission to accompany the Turkish army in the siege of Astrakhan. In his letter, written in mid-August, the Sultan expressed his diplomatic understanding of the King’s refusal in the matter of starting the war with the Tsar. He also agreed to accredit a Polish permanent representative to the Porte, like the representatives of Venice and France. However, the extremely valuable initiative of the Polish monarch was not finalized, to the detriment of Polish interests.