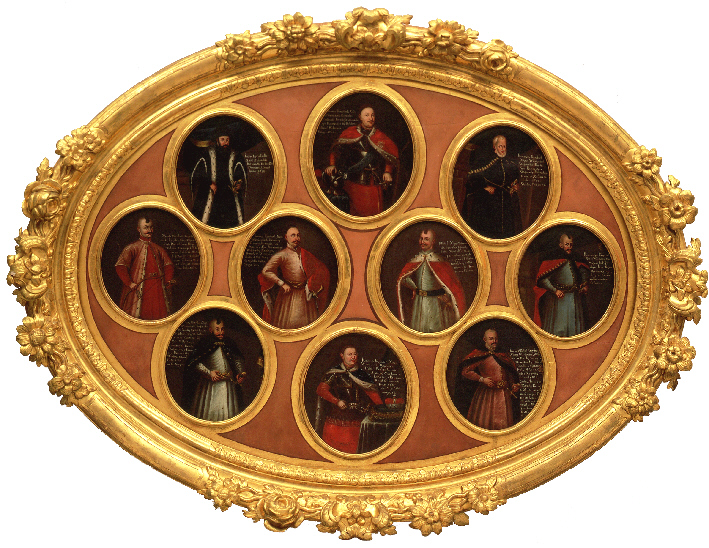 The concepts ”Sarmatians” or ”Sarmatian” appear in Polish historiography at least from the mid-fifteenth century. According to assorted chroniclers’ accounts, during the first centuries of our era the Sarmatians  − inhabitants of the Black Sea steppes -  settled down on lands between the Dnieper and the Vistula. The original population of this terrain was reduced to slaves. During the seventeenth century this view became the official ideology of the gentry, and Sarmatian genealogy justified the rule of the gentry in the Commonwealth. The political ideal was ”golden liberty”, and the model monarch – a good and just ruler restrained by the Sejm - does not interfere as regards issues concerning the nobility. All systemic changes were considered tantamount to tampering with an efficient mechanism. The system of the Commonwealth was thought to be perfect and unique, a stand which led to the conviction about its superiority in contrast to absolute rule abroad. Only a step towards national megalomania and a sui generis obsession with the defence of gentry liberty, threatened on all sides.

Semitism proved to be extremely susceptible to Oriental influences. The traditional costume of the nobleman originated in the East. The Europeans thus perceived the Sarmatians as representatives of yet another variant of Oriental culture. Nonetheless, the lands of the Commonwealth were also affected by the Baroque, which linked them with the main current of European culture. Nonetheless, the terrains ruled by Sarmatia ideology differed considerably from Western countries. In no other epoch did Poland create such an original and distinct cultural form, nor did she depart so far from general European culture.