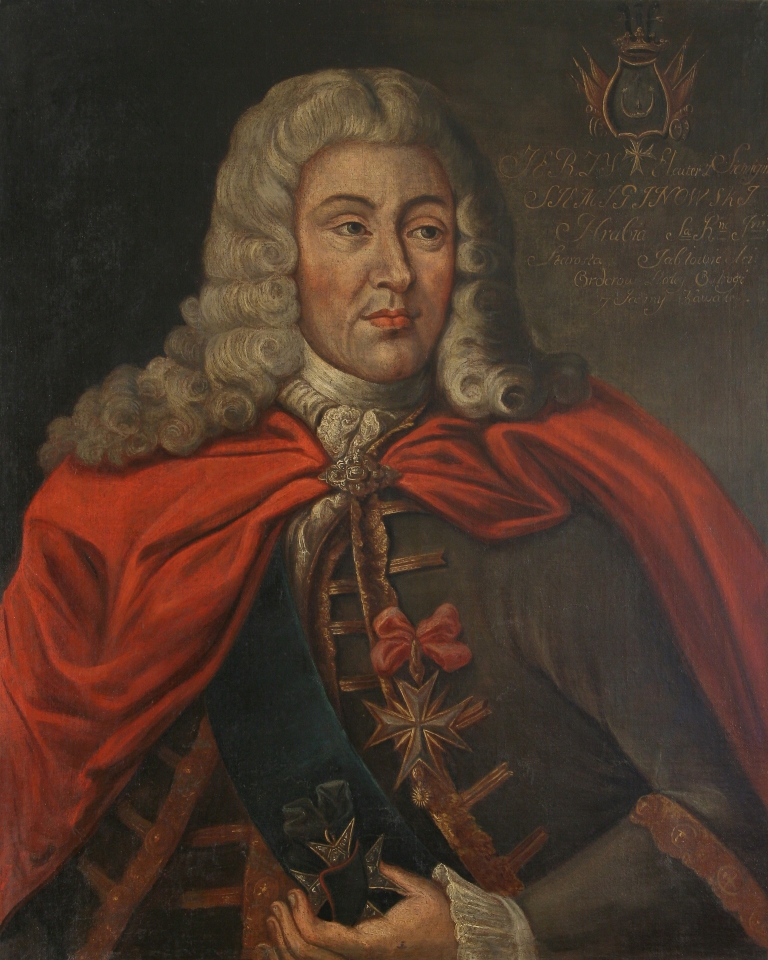 Portrait of Jerzy Eleuter Szymonowicz-Siemiginowski comes from the collections of the Warsaw Historical Museum. We express our gratitude for permission to reproduce the portrait

The fascinating life story of Jerzy Eleuter Szymonowicz–Siemiginowski (c. 1660–1711), a painter from Lwów, born in a burgher family, one of the two Polish painters to become a member of the St. Luke Academy in Rome, who died as a count and owner of vast landed estates, proves to be much more interesting than the nineteenth-century legend about him. The latter claimed that Jan III Sobieski took care of Jerzy as a boy, when his father – also a painter – was sentenced to exile for murdering a neighbour and went into hiding, thus making it impossible for the son to use his real name of Siemiginowski.

The young Szymonowicz, sent off to France and Italy, did not fail the expectations connected with him: in January 1682 he received first prize in painting and in September of that year he became a member of the honourable group of Roman academicians. On his way home, travelling through Vienna on the eve of the Turkish invasion, he purchased paintings for Sobieski in his capacity as a royal art agent. Ennobled by the pope, he received the title of comes Lateranensis and the Order of the Golden Spur, and his path towards joining the ranks of the Polish nobility was wide open; hence, Jan III presented him with the village of Łuków near Lwów, to be held on a lifelong basis (1687) and a year later bestowed the title ”Eques Auratus”. In 1701, the artist, up to then appearing as ”cavalier Eleuter” (i.e. ”independent”), managed to arrange his adoption by the gentry family of the Siemiginowskis, and became known as the bearer of a tripartite surname. 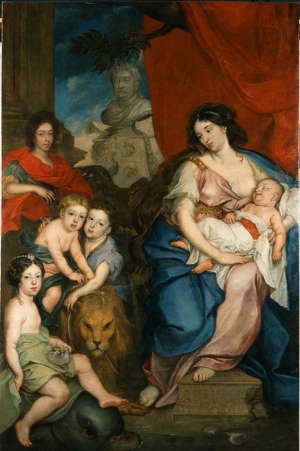 Siemiginowski worked in Warsaw in 1686–1706; after 1690 he moved from Wilanów to the court of Prince Jakub Ludwik at the Kazimierzowski Palace in Krakowskie Przedmieście Street. Prosperous (the owner of a Na Aleksandrii house and a suburban Na Wielopolu manor between Grzybów and Leszno), he was a friend of Tylman de Gameren, Palloni, Jan Reisner, Marcin Altomonte and Karol de la Haye. Versatile, he used the al fresco and oil technique, and as a graphic artist he opted for the aquaforte. Acclaimed for large allegorical and mythological compositions,   which survived in Wilanów Palace, such as the decoration of the al Fresco Cabinet, the four Season plafonds and paintings on two facets of the Spring and Summer plafonds illustrating Virgil’s The Georgics. An equally important position in his oeuvre was held by portraits of Jan III and family, connected with the anti-Habsburg campaign conducted by the royal court for the sake of propagating the idea of the sovereignty of the Polish ruler as an equal of emperors (e.g. the equestrian portrait of the victor of Vienna, known from a copperplate by de la Haye, a portrait of Maria Kazimiera with children from about 1685, the likenesses of princes Konstanty and Aleksander and Princess Teresa Kunegunda).

Siemiginowski also executed religious compositions, the majority of which was destroyed in 1944 (there were six in Warsaw churches); the only canvas to survive was St. Anne Matterza in the church of St. Anne in Cracow. Noteworthy graphic works include aquaforte illustrations in Sebastian Piskorski’s Flores vitae B. Salome, published in Cracow in 1691 and designed according to his own conceptions.

A beautiful mezzotint by Karol de la Haye, executed in Warsaw at the end of the seventeenth century, introduces next generations to another, unknown work by Siemiginowski – a portrait of Jan Stanisław Zbąski (1625–1697 or 1698), the bishop of Przemyśl and Warmia, secretary to Maria Kazimiera and envoy to Rome and Venice.  The bust, surrounded by an oval frame, is flanked by two allegorical figures and angels soaring against the backdrop of the sky.