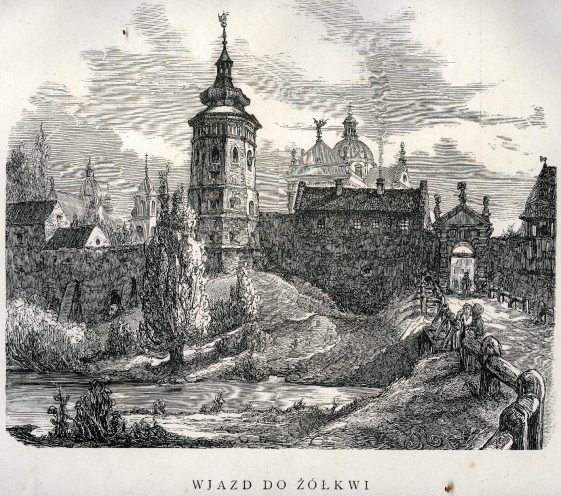 In the rich collection of Jan III Sobieski, there were a dozen or so paintings by the most outstanding painters of the17th century. Today the contents of the royal collection is known solely from old inventories, mainly focusing on the fiscal value of the recorded mobilia. The lists of painting from Sobieski's collection give details of valuable frames ('in carved golden frames', 'in plain golden frames', 'no frames'). The value of the work of art was also raised by the information that it was imported ('Dutch painting', 'Florentine painting'). In the tables constructed according to such rules, the rare indication of the author's name proves the highest value of the painting – for the author of the record and for the owner. The most valuable paintings in the collection were definitely the works by Rembrandt van Rijna.

The researchers of Rembrandt's presence usually know only the Wilanów inventory. But the 5 paintings listed there are not the only works of art by this author in Sobieski's collection. In his castle on Zolokhiv, the king also kept 'The painting in circulo of a head in a hat embellished with pearls by Rybrando. It is present in the inventory from 1740 which also testifies that 6 years later it became property of Michal Kazimierz Radziwiłł, Katherine Sobieska's grandson, who inherited the legacy of the Royal Family. It is quite possible that it is the reference to the picture of an old man hanging in Wilanów. It could be hinted by one element of the description. If the 'in circulo painting' does not mean oval, maybe it referred to a rounded top ('round on top') known from the wide range of other paintings by the Dutch master. The painting taken to Dresden by August II, is sometimes identified with the painting of a man in beret with pearls from 1667. The problem with such identification lies in the fact that this Rembrandt's picture is rectangular.

Another painting from Zolokhiv is 'The copy of The Jewish woman of Rembrandt's original from Dyniewicz from Wilanów 1687.' He must have been very fond of his Rembrandts, since he made sure to have them around no matter if staying in his capitol residence, or in the province of Zolokhiv. The record is fascinating, also owing to the fact, that it determines 'terminus antequem' of the arrival of the original to Sobieski's collection. The copy must have come from the painting school which the king opened in Wilanów, immediately after its takeover in 1677, which can be learned from Jakub Kazimierz Haur in Ziemianska generalna oekonomika (General Economy of Landlords).

'In Wilanów outside Warsaw, owing to the initiative of the founder and peculiar devotion of our highness the king, there are now such transformed schools, necessary, comfortable and praiseworthy. This is where the secrets of skilful painting are taught, all about easel, proportion and perspective, landscapes, and silhouettes of all kinds, and the art of highest invention.' The most prominent student of this school was Jerzy Siemieginowski-Eleuter, later ennobled by the king. But among nameless today artists of the school, may have been the copyist of Rembrandt – Dyniewicz.

Rembrandt's paintings in the collection of Wilanów and Zolokhiv, may have been bought in stock, by the French missionary in Pland Maquis de Bethune in 1672 in Nimvegen, for Jan Kazimierz Vase. Even more interesting than the origins, is later destiny of Rembrandt's works from the Wilanów collection, especially a pair of paintings 'Portuguese rabbi' and 'Jewish woman in beret.'

When the royal collection was passed to Sobieski's heir, August II the Strong carried them to his Dresden Gallery of Old Master's Paintings, where they were recorded in the inventory from 1742, their later destiny is not known.

Historians of art wonder, if these paintings can be identified with a pair of paintings dated 1641, presently kept in the collection of the Warsaw Castle and known under the tittle: A girl in a hat (Jewish fiancée, A girl in a picture frame) and A scholar at a desk ( Father of a Jewish fiancée). They were included in the collection given to Poland in 1994 by Caroline Lanckorońska. Their documented history only dates back to XVIII century. They arrived at the Viennese collection of Lanckoronski family as heritage from Kazimierz Rzewuski. He bought them on 7th October 1715 from Mary Teresa Poniatowska, who had inherited them from her brother duke Joseph Poniatowski. Earlier they were part of the collection of Stanislaw II August and were bought in 1777 from a daughter of a Berlin collector count Friedrich Paul von Kameke.

Both works of Rembrandt from the Warsaw Castle collection arrived there for the second time. If it turned out that they arrived to von Kameke's collection from the Dresden Gallery, they could be identified as the painting of 'Portuguese rabbi', and 'Jewish woman in beret' from Sobieski's collection and then they would have returned to Poland for the third time. Paintings too have their intricate history...