Stanisław Czerniecki. The First Cook of the First Commonwealth 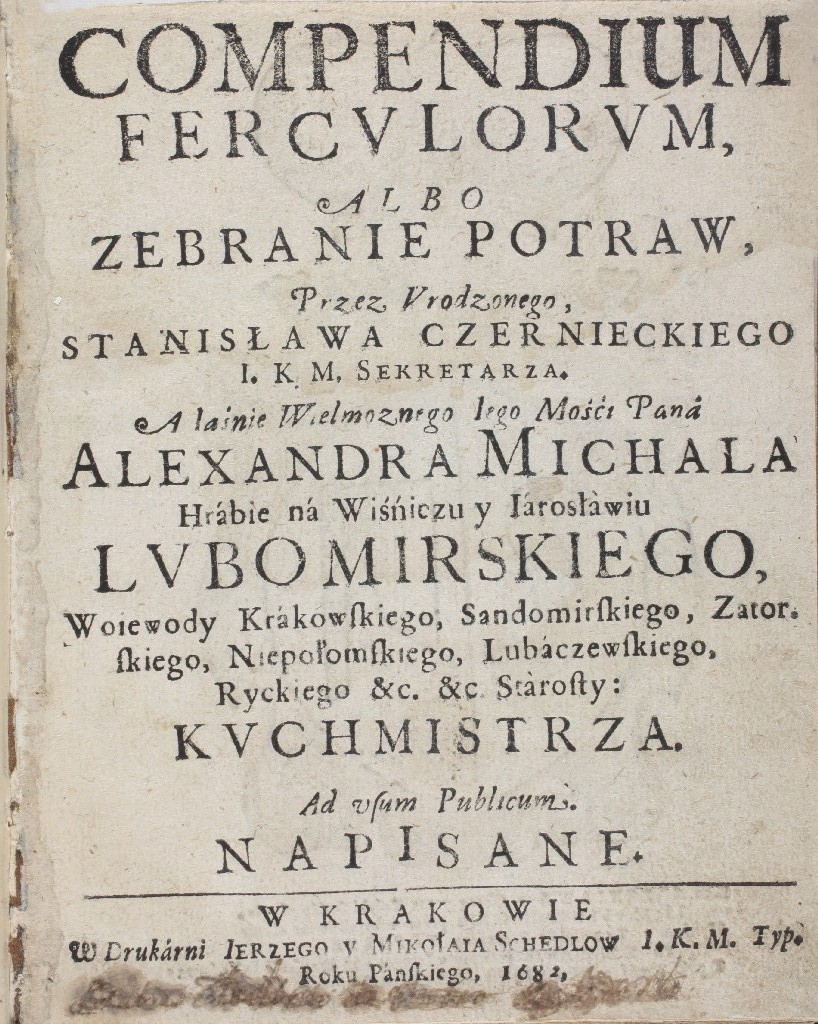 Who was Stanisław Czerniecki, author of the first Polish cookbook, which for at least a century influenced Polish culinary taste? A partial answer is contained in the rather long and typically Baroque title of his work: Compendium ferculorum, czyli zebranie potraw... We learn that Czerniecki held the honourable title of royal secretary and was the cook of the Voivode of Cracow Aleksander Michał Lubomirski. As the author of a work about the voivode’s court he held the title of the subdapifer of Zytomierz. Czerniecki was thus a courtier of a grand lord, a royal secretary and a land official.

First and foremost, he was a cook and as such holds a place in Polish history. Czerniecki wrote that the Polish word kuchmistrz signified a master of cookery. This brief definition reveals primarily  Czerniecki’s pride – he was not only a supervisor of other cooks, the head of the kitchen and a high court official but, predominantly, an artist and a creator, whose talent, skills and knowledge were shared with others. More, his place among artists stemmed not solely from his personal features but also the importance of the matter with which he dealt.  Czerniecki envisaged culinary art as the very essence of humanity. His motto tells the reader: ”Among all human properties people also possess the attribute of a fondness for assorted flavours not only due to their appetite but also skills and knowledge”.

We owe the fact that Czerniecki wrote and published his work to his belief that a true master chef is a teacher who by writing fulfilled his mission in the best possible manner. The author of  Compendium ferculorum, a careful reader of foreign collections of recipes, was well aware of the fact that his was the first Polish cookbook. In this fashion, he aspired not to only to the role of a teacher and an artist, but also a man of letters of merit for the Polish language and writings. Devising new recipes was a creative act requiring not merely aptitude and talent, but also extensive knowledge of geography, the natural sciences and the customs, culture and predilections of other nations.