Table manners across the ages 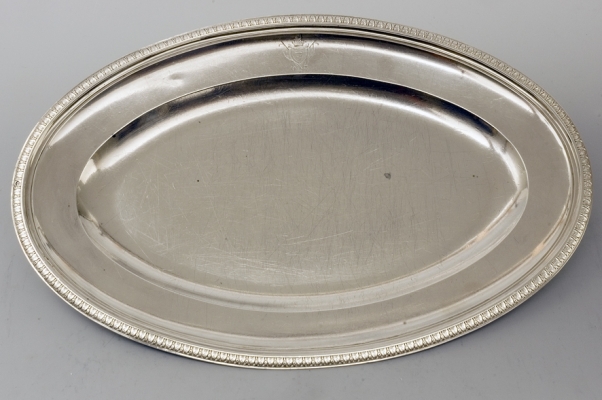 Meals eaten in a small group of closest friends and family or amidst a larger number of guests were, and are the most universal form of entertainment, a way of celebrating Church and family ceremonies (such as weddings) and state events, e.g. the signing of treaties, the reception of envoys, etc. Hospitality expressed in serving generous portions of good food was a form of demonstrating one’s social position, a reflection of the attained standard of life and, at times, a manner of winning supporters. During the Middle Ages, when cutlery was a true rarity, its presence on the table was usually a display and did not possess practical qualities (for example, cutlery was used only by the king). Cutlery was also treated as a purely decorative object.

Outfitting a table with cutlery was preceded by transformations of etiquette and behaviour, which shaped table manners observed throughout the whole civilised world. The principles of conduct at a table evolved across the centuries.  The shaping of norms and directives concerning table manners changed extremely slowly. The alterations were imposed by the highest court circles, emulated by the lower social strata, needs and possibilities permitting. They were described, transmitted by word of mouth and even discussed in dissertations under the general slogan of ”civilised” behaviour. The recipients of those messages, however, were not only those who actually moulded them but those who wanted and needed to copy them, such as the provincial gentry, the increasingly prosperous bourgeoisie or the burghers. When certain behaviour ”devised” by the court stratum became overly universal, the court created new, more elegant and refined customs.

Comments on table manners of essential importance for Western civilisation were published in 1530 by Erasmus of Rotterdam in his De civilitate morum puerilium, which became a veritable catechism of civilised behaviour for the Renaissance man. De civilitate was translated and published in 12 editions. Its author warned against dipping a hand into a serving dish not only because in this way one discloses gluttony but also because such behaviour was often dangerous. “If someone swallows something hot without first tasting it, he is forced to either spit the food out or swallow it while burning his mouth. Both provoke laughter and commiseration”. Further on, Erasmus added: only a crude peasant dips his fingers in the sauce. One takes what one wants with a knife and fork, without rummaging on the whole dish, as is the custom of gluttons, but choosing that which lies in front *. In 1560 C. Calviac discussed the use of cutlery in Civilité: “The Germans use a spoon for eating soup and all other liquid dishes. On the other hand, the Italians choose a fork, while the French – both, according to their liking and convenience. The Italians do not care if everyone has his own knife. The Germans, however, pay special attention to such an extent that they are extremely displeased when one reaches for a knife lying in front them or requests to use their knife. The French act quite the opposite: numerous people at the table share two or three knives and no one is embarrassed when he is forced to ask for a knife, take it or lend it, if he has one” **.

Wiersze o obyczajach chłopców, which appeared in Cracow in 1533, advised: “I recommend that you be wary of eating like a glutton. Purse  your lips while dining and do not chew loudly. Although in the past people leaned forwards, resting their chests on the table, now it is time to sit straight [...]. Eat with three fingers, do not take large bites […] Do not place two portions in your mouth, and do not chew both at once“ ***.

New manners were not adopted immediately. We do know, however, that Louis XIV still ate with his fingers, while in mid-eighteenth-century Flanders only the bourgeoisie used forks, and even then not as basic cutlery but rather upon special occasions.

Another symptom of progressing changes are the remarks published in 1672 by Antoine de Courtin in Nouveau traité de Civilité: “Remember to always wipe the spoon that you had used earlier and now wish to dip into another bowl because some people are so delicate that they might refuse to eat the soup into which you had placed a spoon that had been already in your mouth. This is the reason why some homes today offer spoons in special vases, to be used only for soups and sauces” ****. Nonetheless, the guidebook Cyvilite francoise from 1714 still drew attention to avoid helping oneself to meat from a serving dish with one’s hands.

In Poland, from the Middle Ages to at least the mid-seventeenth century  people ate predominantly with their fingers. Portions were taken from a common bowl, and efforts were made to preserve cleanliness and neatness during a meal. Knives were employed to divide large portions of meat; in wealthy households, liquids were increasingly often eaten with a soupspoon. At the end of the seventeenth century, the richest strata regarded the sharing of plates and cutlery and eating from one bowl as uncivilised, bad mannered and unpleasant for others. Slowly, there emerged the need to resort to other cutlery than spoons.

In the middle of the eighteenth century, Jędrzej Kitowicz wrote about cutlery: ”In the homes of numerous lords, knives and forks were not supplied at the ends of the tables, because for a long time the courtiers and invited guests and even many noblemen carried a knife tucked behind a belt, some together with forks, others without forks, while still others carried, apart from a knife and a fork, also a silver, bone or wooden spoon, hanging from their belts... in a leather sheath ... as long as this fashion prevailed, it was regarded sufficient to place spoons, knives and forks in the middle of the table, knowing that those sitting at the ends of the table shall have their own knives and spoons ...... If a person did not find on the table his host’s spoon and had none of his own, he borrowed from another, once the latter had finished eating the more liquid dish and commenced the more solid one, or made himself a spoon out of a bread crust, spearing it onto his knife, which was not considered to be rude in an age still uncontaminated with French sophistication, in other words, excessively polished” *****.

In the middle of the nineteenth century, K. Nakwaska, who was particularly concerned with the introduction and dissemination of the correct principles of table manners among the bourgeoisie and the gentry, wrote in her Dwór wiejski : ”…I implore you to instruct everyone to change his cutlery!  There is something very unpleasant and even repulsive in eating cream with a spoon used for borsch, or mącznik after a fish sauce…” ******

Good manners and familiarity with etiquette were one of the more important criteria for admittance to so-called high society. Often,    deficiencies in this particular domain could result in the breakdown of a career, the loss of the protection of distinguished persons and the assorted difficulties******* mentioned in guidebooks on the principles of propriety.

Summing up, it should be stressed that the transformation of customs progressed at an extremely slow rate and travelled down the social ladder for many generations. The Great French Revolution was a breakthrough in the popularisation of table manners. Changes transpiring in social consciousness, customs and table manners no longer affected only the highest strata but also the medium and less prosperous ones. In Poland, such transformations took place at the turn of the eighteenth century and were reflected in an individualisation of the “process of eating”. Separate plates and, at times, cutlery were set for each person, aware of those demands and modifications (guests now rarely brought their own cutlery), and napkins were laid. Nonetheless, as late as the 1940s the residents of a peasant cottage ate with wooden spoons out of a single bowl, and the only fork was an attribute of the farmer, who was served on a separate dish.