The beginnings of the career of the Sobieski family

The beginnings of the career of the Sobieski family Adam Andrzej Wetsuit source: "Mówią wieki", no. 3, 1982 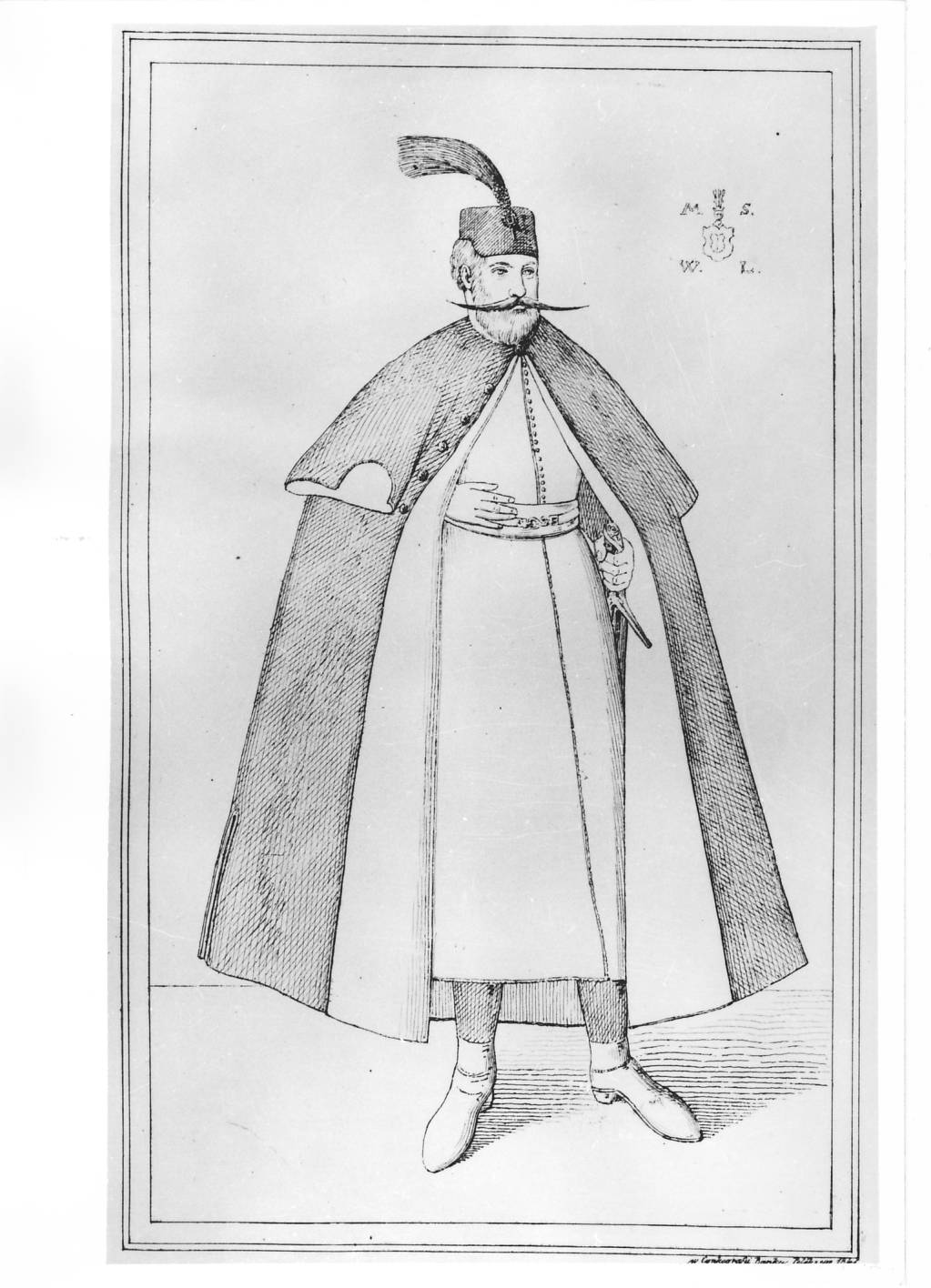 Marek Sobieski, according to19th century drawing, picture from the collection of the National Library in Warsaw

The Sobieski family originated from the village of Sobieszczyn in the voivodeship of Sandomierz. Its fifteenth-century nestor was Mikołaj Sobieski, a medium wealthy nobleman who leased three villages apart from Sobieszczyn. His main heir was the firstborn son, Stanisław, whose youngest offspring, Sebastian, was the great grandfather of Jan III. The next link in the genealogical tree of the future king was Jan Sobieski, who married Katarzyna Gdeszyńska. At that time, not a single Sobieski held even a county office, and all belonged to the average middle gentry, involved in their affairs. Marek, the son of Sebastian (1550–1608), was the first to achieve the status of a senator. An opportunity for the promotion was provided by the Union of Lublin (1569) - vast lands incorporated into the Crown (Podlasie, Volhynia, the region of Kiev and Bracław) - offered a chance to create latifundia, from which many subsequently prosperous families benefitted (the Koniecpolskis, the Leszczyńskis, the Zasławskis, the Zebrzydowskis). A great career was impossible without protection. Marek Sobieski found powerful protectors in Jan Zamoyski and King Stefan Batory; the latter was to have said that if the fate of the realm were to depend on a single skirmish, he would never trust anyone more than Marek Sobieski. The king also granted him the first important office to be held by any member of the family – that of the royal court standard bearer.

Marek was predominantly a soldier participating in all the campaigns of the period. He won acclaim at the battle of Byczyna (1588) as the closest adviser of Jan Zamoyski.  Afterwards, he was ordered by the chancellor to keep guard over Maximilian Habsburg imprisoned in Krasnystaw. Zygmunt III Vasa appointed him chancellor in return for services rendered, and then the voivode of Lublin. Marek Sobieski diligently increased his private wealth and received numerous royal landed estates as annuities; nor did he scorn assorted tenancies. He died as a wealthy man with numerous connections. His children had an open path towards excellent marriages (son Jakub married the granddaughter of Hetman Stanisław Żółkiewski) and political careers. The enormous progress of the career is evidenced by Marek’s two marriages: his first wife was a noblewoman Jadwiga Snopkowska, and the second: Katarzyna, came  from the Tęczyński magnate family.