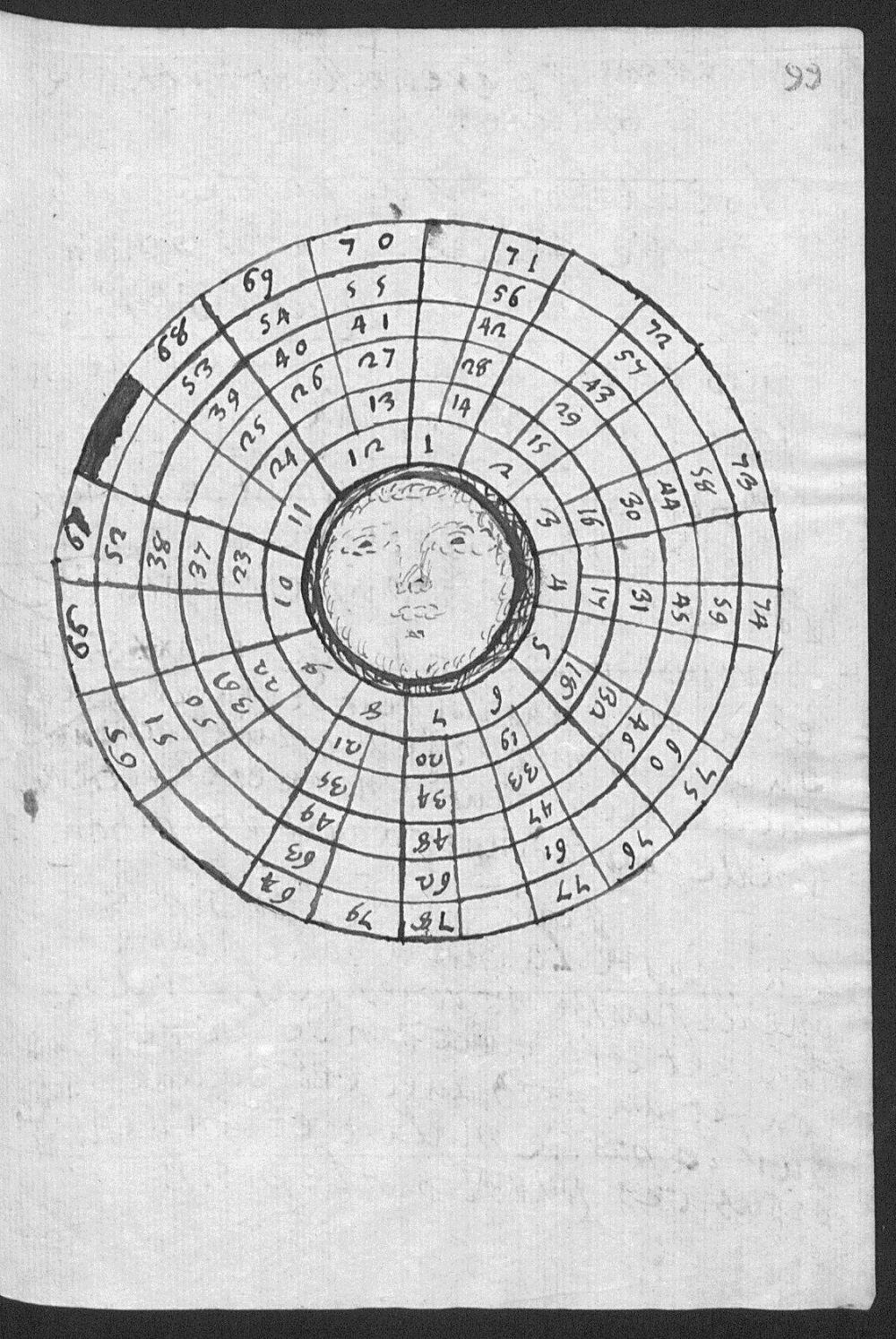 Page from the manuscript of The Book of Kabbalah of Queen Marie Casimire Sobieska; Jagiellonian Library

Anxiety associated with an unrecognised and inscrutable future has accompanied mankind for years. Concerns about health, maintaining proper relations with the environment and keeping one’s proper position and wealth are inscribed into the normal rhythm of life. Answers to the question of what fate will bring are often sought in astrological and Kabbalistic knowledge, the traditions of which reach back to the cultures of ancient Babylonians, Egyptians, Greeks and Romans. In the early modern period, astrological and Kabbalistic knowledge was considered to be a strictly scientific area. It is worth mentioning that it was only ca. 1666 that astrology was removed from the list of subjects taught at French universities. Astrology was among the interests of: Johannes Kepler, Tycho Brahe, William Shakespeare and Roger Bacon. The borders between astronomy and astrology were fluid, since creating a horoscope for a given person required knowledge of the position of the planets, stars and constellations at the moment of their birth, in order to determine their individual influence on a person’s life.

The desire to know the future also characterised the Polish nobility, which is confirmed by numerous diarists. The moment of birth was to determine the fate of the successor of a given name and family fortune. Stanisław Zygmunt Druszkiewicz (d. ca. 1699), the stolnik of Pärnu, serving at the court of Prince Bogusław Radziwiłł, and from 1678 on the Castellan of Lubaczów, wrote on 7th January 1668, the day of his second son’s, Julian Antoni’s, birthday: “Julianek was born under the sign of the little bear, or rather between the scales and the bear, since one and a half hours had already passed in the night from the scales. I may be mistaken, the astrologer Mister [Stanisław] Niewieski would calculate much more precisely. Julianek was born under the planet of the Sun, the sign of Leo at fifteen degrees.”

Similar inscriptions can be found in Notacyje różne [Various Notes] of Konstacja Sanguszko née Sapieha (d. 1691), the wife of the Starosta of Suraż, who, wishing to commemorate the birth of her daughter, Anna Katarzyna, later the wife of Prince Radziwiłł, wrote: “in the year 1676, on the 23rd day of the month of September, by daughter Anna was born to me at 8 in the morning, under the planet of the Ram and under the sign of the Virgo, may the Lord Jesus bless her.”

Or course, in order to compose a natal horoscope or birth chart, special tables were needed, often ascribing given characteristics to a person in connection with the appropriate sign of the zodiac. Such diagrams may be found in old Polish silvae, for example in the Silva Rerum of Prince Janusz Antoni Wiśniowiecki (d. 1741).

Members of the Sobieski family also expressed interest in the occult sciences. In 1667, Jan Sobieski was awaiting the birth of his first child, and commissioned a special horoscope from the Rev. Solski, who was familiar with the secrets of the stars. The horoscope is currently stored among the manuscripts of the Library of the Polish Academy of Sciences in Krakow. The horoscopes published on the occasion of the enthronement of the monarch in 1674 and the victory at Vienna in 1683 are also an interesting example, and they clearly served as propaganda material. Prognostications of this type were most often placed in calendars. They allowed for the presentation of the fate of the Republic under the rule of King Jan III. Their authors showed – according to the wishes of their client – both the greatness and meaning of the royal majesty, as well as a picture of Poland as a strong and powerful European country. It is worth to emphasise the importance of the personal contacts of Jan Sobieski with Gdańsk astronomer Johannes Hevelius, as well as Jesuit and mathematician Adam Adamandy Kochański. These relations not only influenced the expansion of the monarch’s individual interests, but also allowed the popularisation of astronomical and astrological elements in the internal and external decorations of the Wilanów residence, and resulted in book publications devoted to constellations, comets and heavenly spheres. 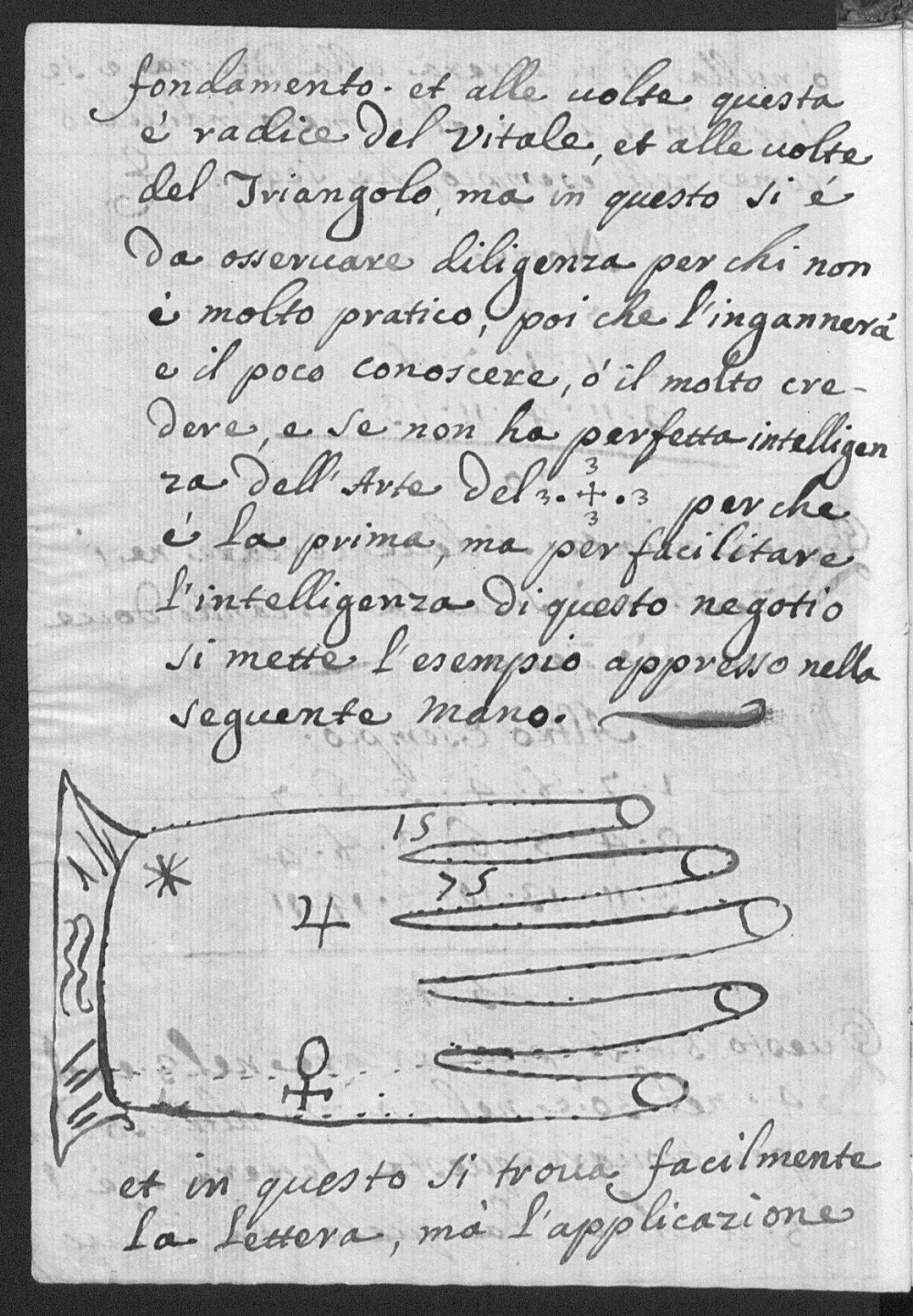 Page from the manuscript of The Book of Kabbalah of Queen Marie Casimire Sobieska; Jagiellonian Library

In addition to these, already known for the most part, facts from the life of the Sobieski family, the historical literary exhibit available in the Jagiellonian University Library in Krakow presents itself almost as an exceptional mystery: a handwritten book entitled The Book of Kabbalah of Queen Marie Casimire Sobieska. According to a description in the inventory, the book arrived at the library collection in 1828 as a testamentary gift from Count Tadeusz Morski. The work, consisting of 425 pages, is unique because of the topics presented. To date, the existence of similar books in public collections has not been confirmed.

The Book of Kabbalah essentially consists of two parts. The first, whose author is unknown, was written in Italian, and is a theoretical textbook outlining the goals of Kabbalah. The word “Kabbalah” denotes a mystical-philosophical school of thought, derived from Jewish culture, later used by the Pythagoreans, and intended to help understand the divine mysteries. The basis of Kabbalah functioning is the interpretation of the hidden meaning assigned by the Creator to every letter and number. Thanks to this, words and results of mathematical operations are perceived to contain a supernatural element. As a result – as the teachings of Kabbalah say – they served the Lord in organising and ordering the world in which we live. The task of the kabbalist is to read these meanings and determine the future of a given person. As The Book of Kabbalah states, the placement of letters and numbers on a set of geometric figures – a triangle, a square, or a trapezoid – allows the adept to penetrate the mysteries connected with the fate of specific persons. The construction of Kabbalistic pyramids reflected the eternal human desire to understand the God’s Wisdom. The author of the book once belonging to Marie Casimire Sobieska did not stop at these messages and showed the entire wealth of the secret teachings. The work contains rules for composing horoscopes along with the so-called horologium, or the schematic of the heavens divided into 12 areas responsible for the spheres of the position of the planets and the zodiac signs. On other pages, there are instructions in the field of palmistry, or hand divination, along with the appropriate drawings of a hand divided with lines and mounds.

The second part of the book is a practical application of the teachings of the Kabbalistic art. Because of the content, the handwriting, the lettering, the languages used (mainly French and Italian) and the persons mentioned, the authorship of this part of the book may be undoubtedly attributed to Queen Marie Casimire Sobieska. This allows us to conclude that the first part was created earlier, with the intention for it to become a Kabbalah course developed for the future use by the queen. It may be stipulated that the queen commissioned the writing from an unknown master of the Kabbalistic arts. The subjects discussed in Marysieńka’s fortune telling indicate that the book was written between 1702-1713, or during the queen’s permanent residence in Rome. In the Eternal City, despite the many restrictions and admonitions coming from the walls of the Apostolic Palace, the art of Kabbalah developed since the Middle Ages, and it was flourishing at the turn of the 17th and 18th centuries. What is interesting, we can also find the principles of sympathetic medicine in the book, which assumes a close relationship between herbology, magical and religious practices (eg. prayer) and the influence of planets. The queen used the principles of this art in preparation of herbal infusions and syrups, as evidenced by the formulas noted in the book. Throughout her life, she also used hydrotherapy treatments, vodkas and rubbing ointments, drank “miraculous” concoctions and cared for her health and beauty by any means.