The Bukovina campaign of 1685

The Bukovina campaign of 1685 Marcin Markowicz 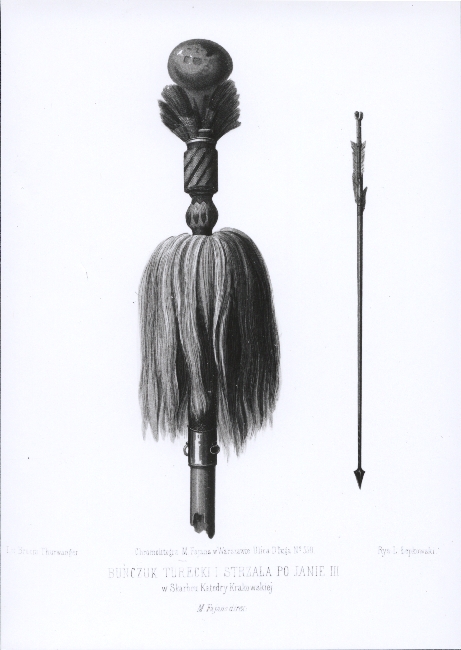 After the failures of 1684 campaign, Jan III Sobieski considered the necessity of tighter cooperation of the ally armies of the Holy League, in his plans to continue the war. As early as in December 1684 he showed the intention of a brave operation. It aimed at rejecting the plan of laborious besieging and, thus slow conquering of fortresses in favour of regrouping the Polish and Austrian army as far as possible towards Danube in order to penetrate into the territory of the Ottoman Empire. Unfortunately these proposals were resisted by the Emperor and before the campaign, after long international consultations, were strongly reduced. Due to lack of possibility, or rather willingness of the Hapsburg side to join the allied forces in Hungary, and at the same time not believing in the military power of Polish troops, the monarch restricted his plan for 1685 to the attempt of conquering Moldavia. Sobieski was disappointed by the attitude of his allies and exhausted by his health problem, and as a consequence he resigned from personal command and passed it to the hands of the commander-in-chief Stanislaw Jablonowski.

In spite of modest forces accepted by the Seym, mobilization of the army was prompt. At the turn of July and August the army concentrated around the town of Glinian and headed towards Dniester. Jablonowski had about 16-18 thousand soldiers under command, 12 thousand of which were the crown army, 2-3 thousand Lithuanians with Lithuanian commander Jozef Bogusław Słuszka and 2-3 Cossacs under the leadership of lieutenant Palij. In the initial stage of the campaign, Jablonowski's actions were determined by the incoming news of the formation of troops in Moldavia. Having heard of Tatars' presence on the terrain of Moldavia and the concentration of 15 thousand Turkish army of the Turkish pasha Soliman near Cecora, whose aim was to deliver supplies to Kamianets, the commander-in chief ordered crossing Dniester and heading for Pokuttya. From here the Republic forces reached Sniatyn and there crossed the border of Moldavian Bukovina. Then the army crossed the forests of Bukovina and headed towards the village of Boyan.

At this time the Turkish leaders decided to change their military plans and instead of heading towards Kamianets they turned towards the enemy reaching from the west. The battle took place near the village of Boyan. On 1st October the Turkish-Tatar forces attacked Polish units, and though outnumbered, Polish troops were not defeated. It was mainly the merits of the commander-in-chief, who made right decisions at crucial moments of the battle.

The following days near Boyan did not result in open battles, as the Polish forces turned to defensive actions in fortifications. These fights did not last long either. In fear of being fully surrounded and starved, the hetman made the only right decision to retreat to the forests of Bukovina. The battle of Boyan was not only the greatest one during the 1685 campaign, but also during the post-Vienna Polish-Turkish confrontations.

The retreat commenced in the night from 9th to 10th October and was not conducted peacefully. The enemy tried to inhibit the march of Polish troops, by attacking both from the front and the back alike. Expanded Jablonowski's forces left the forest as quickly as on 11th October. It was owing to the merits of general of the crown artillery Marcin Kątski, who commanded Polish rearguard and skilfully covered the retreating main forces.

Having left the forest terrain, the Polish army reached the fortifications of the so called Trajan Wall near the village of Zuczka. On 11th October another battle took place. It was a bloody battle and both sides incurred heavy losses. After the battle, Jablonowski's army headed towards Polish border and returned to homeland undisturbed. Although, having heard the news of unfortunate situation of the Polish troops, the king and hetman Potocki organised a backup, which was to facilitate crossing the river Prut, this specific cavalry was not necessary, as the enemy had already resigned.

Another Moldavian campaign did not bring expected results. Thus the balance of forces on the Polish-Turkish front did not change. It should be underlined that the Bukovina campaign could have ended much worse. The decision of entering Moldavia by Polish side did not take concentrated Turkish-Tatar forces by surprise, as they quickly turned to offensive actions towards the enemy emerging from the forests of Bukovina. If it had not been for hetman Jablonowski's leadership talents, right decisions and prompt following of orders by officers and soldiers, the troops sent to Moldavia could have stayed in forests of Bukovina for ever. The king Jan III later thanked the hetman for his decisive attitude and leading the army out of the 'Bukovina tightness.' Jan III did not give up his plans towards the Danubian Duchies yet.

The failures of the Moldavian policy influenced the opinion of Republic's allies concerning its military abilities. However, they did not appreciate the fact, that Bukovina campaign forced the sultan to withdraw 20 thousand Tatars from Hungary, as they had to be involved in actions against the Poles.