The first Moldavian campaign in 1684, and the first failure of Jan III Sobieski

The first Moldavian campaign in 1684, and the first failure of Jan III Sobieski Marcin Markowicz 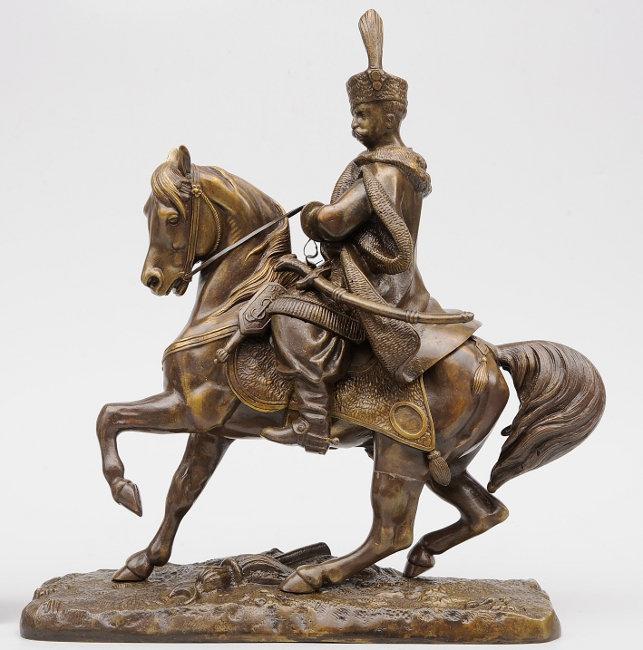 The concept of Moldavian Campaign in 1684 was developed in the king's plan in spring that year. In the answer to the emperors proposal of concentration of Christian forces in Hungary, in order to retrieve fortresses from Turkish hands, Sobieski showed his own vision of further actions within the frames of the Holy League. The king's ambitious plan assumed the invasion of Polish troops into Moldavia, conquering the duchy and then heading forward down the lowlands of Prut towards the estuary of Danube. If he managed to capture Bialogrod or Kilia and other fortified places, then not only Crimean Chanad, but also hostile garrisons of fortresses remaining in Ukraine would be separated from Turkey. In his war ideas, such war activities would not only lead to recapturing Podolia without having to besiege fortresses, especially Kamianets, but would also contribute to realisation of dynastic plans of the Polish Monarch. Sobieski assumed that the Austrians would also be victorious on the Hungarian front, which would soon lead to meeting of the two ally armies over Danube and further cooperation in order to push the Ottomans from Europe. The most important feature of Jan III's plan was resignation from capturing Kamianets Podolskyi and shifting the troops at once to the Moldavian side of Dniester. As it proved later, this vision was to decide on the war policy of the Republic until 1686, and found its reflection in the 1691 campaign.

After long-lasting preparations and concentration of the army by commanders-in-chief Stanislaw Jablonowski and Andrzej Potocki, and the Lithuanian commander Kazimierz Jan Sapieha in the middle of August 1684 the march towards Buchach and Jazlowiec bagan. The king's forces equalled 17 – 20 thousand soldiers together with 50 – 60 cannons. On the army parade from 21st August the Republic army delighted the representatives of the ally countries to such extent that the Venetian missionary in Poland Antonio Morosini publicly wished the king conquering and alignment Byzantium to the Republic.

Although the military activities were only about to begin, and was difficult to foresee their outcome. The king's plans did not at all include reaching as far as to Bosporus. However, although the way to Constantinople was still very far, it was already at the very beginning of the campaign, that the first success was reached. On 24th August 1684 after a 2-day besiege, Jazlowiec was captured, which slightly complicated the situation of the Kamianets' crew, but did not mean that this immense fortress would give in to the Poles. Sobieski did not want to waste time for long-lasting besiege of the fortress over Smotrych, and insisted on prompt treading into Moldavia.

At the end of August Zwaniec was mastered, which gave the Polish army the possibility to cross Dniester safely. In order to fortify the crossing, castles in Zwaniec and Khotyn were manned and the construction of a bridge was launched. Unfortunately the pouring rains, and thus swelling of water in Dniester did not allow to finish the construction and – more efficiently than the the enemy could have done – stopped the king's forces on the Polish side of the river.

Weather problems forced calling the war council on 29th of September, during which the commander-in-chief Jablonowski and crown vice chancellor Jan Gninski tried to convince the king to abandon the Moldavian plans and focus on regaining Kamianets. The king, however, insisted to 'to carry the army into the enemy country over Dniester having just squeezed Kamianets, shake hands with Wallachians and Multans, posess Danube, feed the army in Budjak, Tehinia, and other places of the country, make them legally belong to the Republic.

Finally it was decided to carry out simulated action in Kamianets, and then to cross Dniester near Grodek. According to the adopted plan, the army marched north, crossed Smotrych River and reached the village of Paniovce. At the beginning of October, bloody but victorious battles against Tatars were held, thus the march towards Dniester was late again. The threat from the horde and increasingly strong autumn rains made the king realise that this year, crossing Dniester and entering Moldavia were impossible. Thus Jan III ordered retreat to the winter lair. It was the ultimate end of the Moldavian campaign in 1684. The king had to swallow his first bitter defeat in his far reaching plans.

The campaign, in which the Polish crusade was to reach as far as to Danube, terminated at the swollen waters of Dniester. It was not entirely wasted. It must be remembered, that it began very late, and lasted only till the end of October. During this time, the king succeeded at conquering the castles in Jazlowiec and Zwaniec. It obviously mattered for further Moldavian plans. Zwaniec was an important protecting point for future Dniester crossing on the Kamianets side, Jazlowiec, on the other hand, created possibility to lead a campaign against Kamianets crew. In the evaluation of some historians these were mere results of the crusade, which was accompanied by great hopes. Assesing real abilities of the contemporary Republic army and adding to it the arguments among leaders concerning Kamianets, as well as the duration of the 1684 campaign, it could be treated as preparing the ground for the following actions from 1685-1686