The foundations of Sarmatism: aurea libertas and mores maiorum 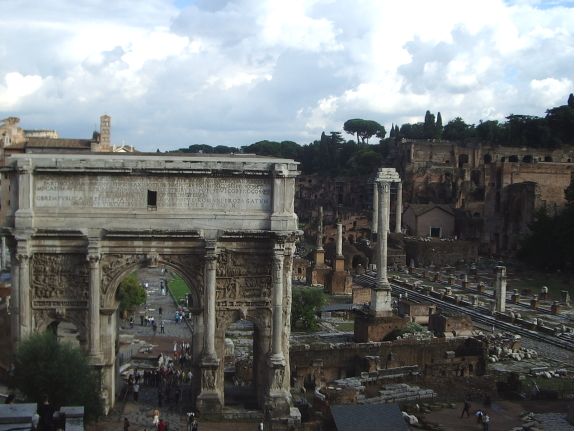 The conviction, prevailing in the Commonwealth, that liberty is a supreme value is an ancient Roman idea transferred to Polish conditions. A major contribution to its dissemination was made by the popularity of Ab urbe condita by the Roman historian Titus Livius, whose manuscripts were sought in the fifteenth century by Zbigniew Oleśnicki and Jan Długosz. Livy became one of the important components of the cultural heritage of ancient Rome adopted by Poland. His writings proved to a great extent decisive for moulding the political mentality of the gentry. During the sixteenth century Livy was read willingly and often, and the Commonwealth and the Republic of Rome were treated as equal. What   did he write about liberty? It suffices to reach for the opening chapter of the first book on the history of Rome to come across the word ”liberty” in almost every sentence. We read, therefore, about a free nation, desired  and premature liberty, inviolability, republican freedom, the fruit of freedom, the guardians of liberty, new freedom, etc. Livy noted that the Romans started to enjoy liberty once they banished from the city their kings and established a republic. From that time, the Roman nation became free and the universal wish was that the last day of freedom in Rome should be the last day of its existence.

The Romans were familiar with different types of freedom (they described all as liberates): the freedom of the free man, the freedom of a whole state (sovereignty), freedom conceived as unrestrained  arrangement of life according to one’s desire, libertas ingenii – independent character and unhampered thought. Their love for liberty (amor libertatis) was so great that they personified this conceit and worshipped the goddess Libertas in numerous temples raised in Rome, i.a. in the Forum Romanum and on the Aventine.

The democratic ideal of social liberty created by the Greeks was  adopted in Rome together with other Greek ideals by Cicero, the great admirer of the Republic. His political treatise De republica described the state as the property of all citizens, at the same time expounding the formula that an individual is supreme vis a vis the state: after all, the state was established for the welfare of the citizen, and each state depends on the nature and will of the ruler. Liberty seeks refuge only in a state in which the whole power belongs to the people; nothing can equal its sweetness. If, however, it is not founded on equality, it is not freedom (De republica I, 47: (Scipio) 'et talis est quaeque res publica, qualis eius aut natura aut voluntas qui illam regit. Itaque nulla alia in civitate, nisi in qua populi potestas summa est, ullum domicilium libertas habet; qua quidem certe nihil potest esse dulcius, et quae si aequa non est ne libertas quidem est).

Cicero was a great adherent of liberty. One of his letters declares that freedom is sweet and life under the yoke of oppression is miserable. Condemnation of tyranny and protests against despotic rulers are regarded as correct; more, upon several occasions, Cicero attacked that particular form of rule and acknowledged tyrannicide as justified. We know that Roman political praxis did not go hand in hand with the views of such statesmen as Cicero. Nonetheless, it was people similar to him  who built the Graeco-Roman foundations of Western culture. All that is Roman became a symbol of such ideals at the time of the Great French Revolution. The emblem of the French republic was the Roman fasci. In his statements, Tadeusz Kościuszko did not conceal sympathy for Roman republicanism. It is easy to understand the durability of the idea of freedom in Poland, where it was linked permanently with patriotism.

Another element, which next to freedom created the gentry ideology and, with time, also Sarmatian ideology, was the customs of ancestors – mores maiorum. The Polish nobleman envisaged them as traditional values inherited from his forefathers, including civic virtues, love of simplicity and moral conduct. Already thirteenth-century progenitors drew attention to the meaning of unity, justice, glory and honour. An author of a thirteenth-century life of St. Stanisław regarded the feudal fragmentation of Poland as her misfortune, and hoped that the divided kingdom, reinforced with justice, glory and honour, would regain its former unity.

This longing for justice and unity at a time when fragmentation was quite natural in mediaeval Europe, comes as a surprise. Interestingly, the whole sequence of values resembles civic virtues straight out of ancient Rome. In Poland, a turn towards classical intellectual tradition took place already before the Renaissance. Take the example of the works of Master Wincenty Kadłubek, who lived and wrote at the turn of the twelfth century, studied in Italy, was familiar with the traditions of Roman antiquity and used them if necessary. Ancient modes of conduct  possessed a powerful attraction that Kadłubek was unable to resist. In order to add to the Polish past a certain patina he tried to combine the history of the Commonwealth with great figures from ancient history. Through him the estate of knights became acquainted with a manner of thinking, which at the time was binding in the whole of Europe.

In a sermon entitled O powinności poszanowania wspólnego dobra, Stanisław of Skarbimierz (b. 1380), the first rector of the Jagiellonian University, one of the advisers of Queen Jadwiga and King Władysław Jagiełło and the author of Kazania sapiencjalne, defined the principles of the good state. The first is perfect justice (justitia), without which a state cannot exist, and the second is harmony (concordia), which entails unanimity. The author added that thanks to harmony even small things grow while discord ruins the greatest things. The third principle of a good state is the trust (fides) of the inhabitants, who should wisely support each other in their noble endeavours. The fourth principle is heeding prudent directives and good advisers. The fifth is the benefit (utile) of the whole society; if particular members show concern only for their own welfare, their coexistence shall disintegrate. Stanisław of Skarbimierz preceded these agreements with a recollection of assorted elements of Cicero’s political theory, contained in the treatise De officiis: “…no union is more important or dearest than the one which connects each of us with the state. Our parents, our children and kinsmen are dear to us, but that which is cherished by everyone is contained within a single homeland....”. Upon this base, the catalogue of the virtues of good citizens and the principles of a good state should include also love for the homeland (amor patriae).

During the seventeenth century, De optimo senatore by Wawrzyniec Goślicki, printed in Venice in 1568, was published twice in an English language version. It enjoyed immense popularity among European readers, and described the Polish monarchy as the ideal political system. The citizens of the Commonwealth guarded the monarchy by caring for liberty, law and welfare. Goślicki accentuated that the gentry regarded the rule of law to be veritable liberty. Reality, however, differed – true, it was frequently said: Non rex, sed lex regnat, but the gentry forgot about the Graeco-Roman idea of the rule of law. In time, the Polish nobleman increasingly rarely resembled the severe Roman. Exceptions did occur: when one Ożarowski, a supporter of the execution of the laws, returned his landed estates to the king and the deeply moved monarch told him to keep his property, he heard: “You may, Your Highness, take by force but cannot give by force”. A reader familiar with the history of Rome is instantly reminded of the stern Cato, Scipio Africanus or Emilius Paulus...

What were these ancient Roman virtues that the Poles found so much to their liking? Pride of place went to valour (virtus). According to the Roman satirist Gaius Lucilius virtus is an ability to make a good assessment, an awareness of what is correct, beneficial, honest and good, as well as love of the native land, parents and, finally, oneself. Other civic virtues were total honesty (abstinentia), reliability  (fides), the application of the principle of good faith (ex bona fide), a feeling of duty  (officium) and justice  (iustitia). The characteristic features of a true Roman are love (pietas) for the gods (erga deos), the homeland (erga patriam) and parents (erga parentes). As civic life in Rome assumed a steadier form, attachment to law and the rule of law also grew. The Romans attached great importance to work (labor), although during the twilight of the Republic the citizen-farmer ideal was already part of the distant past. There remained a multitude of stories and legends, told to successive generations of boys and girls. This is the way that Roman ethics and morality were built.