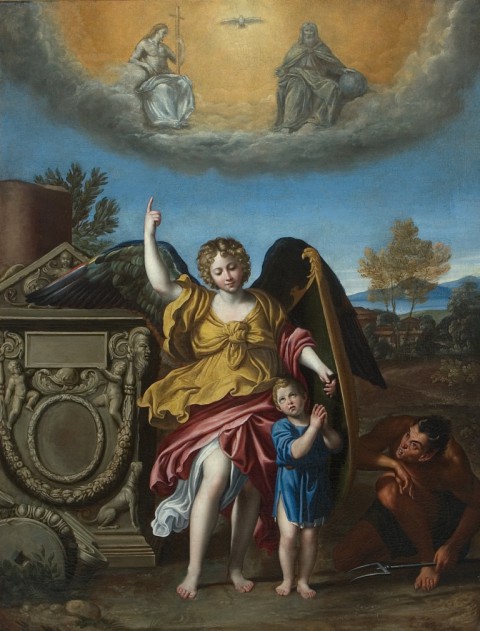 Stanisław Kostka Potocki spotted the painting and purchased it for his collection convinced that he was acquiring a work by Domenichino, a highly valued representative of the Bolognese school. The painting was later claimed to be an 18th-century copy of the same master’s original, currently exposed at the Museo Nazionale Capodimonte in Naples (oil, canvas, 249 x 210 cm; signed and dated 1615). The painter made a few preparatory drawings for the composition, six of which are housed at the Windsor Castle near London and a few isolated ones form part of the collections of Teyler’s Foundation in Haarlem and Gabinetto Nazionale delle Stampe in Rome.

In circa 1708 Domenichino’s original painting was cut from the top in the area depicting the sky and God the Father. This fact is of particular significance in reference to the discovery made in the course of conservation activities performed on the Wilanów painting. In the sky-depicting area among the clouds revealed were outlines of the figures of Christ and God the Father, constituting presumable elements of the Holy Trinity. Also detected were alterations to the original depiction of the child’s feet. The revealed figures of Christ and God the Father bear a clear resemblance to the three corresponding drawing held at the Windsor Palace. It is conceivable that the painting was begun in Domenichino’s own atelier, i.e. between 1615 and 1641, and completed

by one of his partners or apprentices later on, possibly even after Domenichino’s death, i.e. some time in 1650–1700. 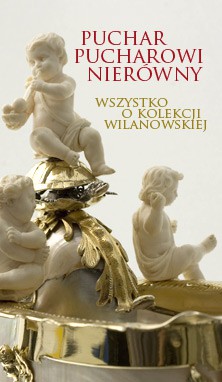