Turkey and the First Free Elections in the Commonwealth

Turkey and the First Free Elections in the Commonwealth Piotr Kroll 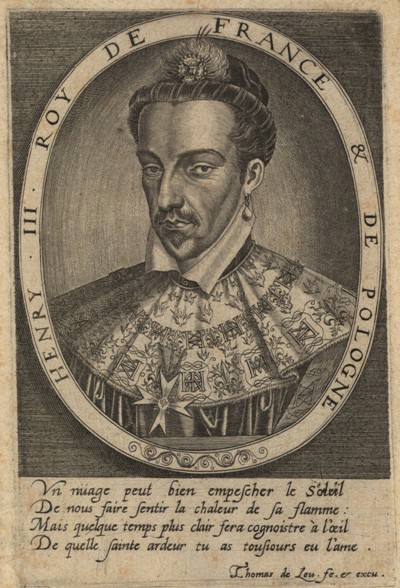 One of the guiding principles of the Ottoman Empire’s policy of was to prevent an alliance between the two potentially most dangerous enemies: Austria and Poland. It is no wonder that The Porte closely analyzed the relations between the two countries. In Istanbul, particular concern was aroused by the upcoming heirless death of Sigismund Augustus. It was feared that a member of the Habsburg family might take the throne in Krakow.

At the end of Sigismund Augustus’ life, Grand Vizier Sokollü Mehmed Pasha, the actual head of the Porte’s foreign policy, began to consider how to solve, expediently for Turkey, the issue of the upcoming succession to the Polish throne. Detailed information about the health of the monarch was passed to the Vizier by Sigismund Augustus’ former court physician, an Italian Jew Solomon Ashkenazi who emigrated to Turkey in 1564. In August 1569, the Grand Vizier began informal talks with the envoy of the French King Charles IX. Emphasizing in them the friendship between the Sultan Selim II and Charles, he asked the Frenchman about the family and the family status of the younger brother of the King of France, Henry, the Duke of Anjou, then 18 years old. The Grand Vizier asserted that the Polish King was a great ruler, the first to become friends and allies with the Sultan in the Christian world, and his sister Anna would certainly become his successor. Needless to say, the Vizier suggested to the Frenchman an idea of Henry marrying her, which would be, in the opinion of the Pasha, highly beneficial. Sokollü Mehmed Pasha owed his good understanding of Poland’s internal affairs during the 1569 Lublin Sejm, where the union was signed between the Crown and the Grand Duchy of Lithuania, to the High Porte ‘s envoy, Joachim Strasz who in May and June was in Lublin on a mission to the King and the estates of the realm. Also from him the Vizier also learned about the assembly sharing the opinion that he who in the future would sit on the Polish throne should marry Princess Anna Jagiellon.

It is possible that behind the idea of electing Henry de Valois (called Walezy by the nobility) King of Poland in 1573 lay a confidential suggestion made to the French envoy by the Grand Vizier in August 1569. Interestingly, shortly before the death of Sigismund Augustus the French envoy arrived in Knyszyn to receive consent from the last Jagiellon to the marriage of his sister Anna... to Henry de Valois. The envoy was not admitted to the dying King, but it was no coincidence that after Sigismund Augustus’ death the same diplomatic mission was entrusted in 1572 to Jean de Monluc, the Bishop of Valence, a veteran diplomat, who went from Paris to Warsaw to the Election Sejm; in 1545 he visited Istanbul on a secret diplomatic mission to the Sultan, and in 1547, he appeared in Poland, too. So he was a man to whom Polish and Turkish realities were not alien and who became a strong advocate of Sokollü Mehmed Pasha’s proposals, carried to Paris in 1569 by the French envoy in Istanbul.

Taking over throne of hitherto friendly Poland by the Habsburgs and uniting under their sceptre with the Polish-Lithuanian territories would create a huge empire, hostile towards Turkey - that possibility was of much concern to the High Porte. Therefore, yet another solution was considered on the Bosphorus in case the offer associated with Henry was turned down by one of the parties. In the autumn of 1569, the French ambassador in Istanbul informed his monarch that he had received from the Grand Vizier another proposal related to the election. The idea concerned marriage of the nephew of the Polish King John Sigismund Zapolyi,  the ruler of Transylvania, to the sister of Charles IX, Marguerite de Valois. If that happened, the Porte would support the candidacy of Zapolyi to the throne of Poland. Incidentally, at that time the Grand Vizier sent a message to Paris to ask for the hand of Princess Margaret to John Sigismund. None of these plans worked because the young Zápolya died not surviving his uncle, and soon afterwards Margaret married Henry Bourbon,  the future Henry IV.

During the first free election, Turkey supported a Piast, i.e. a representative of the nation, and later Henry was endorsed as a counterweight to the Habsburgs’ influence. During the second election, Istanbul supported Stephen Báthory, resorting even to the threats of war if Poland had elected a representative of the house of Habsburg. The Porte believed that Emperor Maximilian II, having won the Polish crown, would become too strong an opponent, capable of taking Hungary from Turkey. In addition, his friendship with Ivan the Terrible was a matter of concern. Báthory, as a vassal of the Sultan, seemed a more harmless heir to the throne. It was expected that as the King of Poland, the ruler of Transylvania, i.e. an Ottoman vassal state, would try to maintain friendly relations with Turkey. Statements made by the Turkish envoys influenced the attitude of noblemen from the South-Eastern parts of Poland who were present at the election ground and who then chose to opt for Báthory. His ascent to the throne was welcomed in Istanbul. Interestingly, initially the Sultan urged the nobility to elect the Piast, and placed Báthory last on the list of appropriate candidates. Turkey played a major role in all three of the first elections. It not only acted in favour of particular candidates or threatened with war if the choice was not suitable for the Sultan. Threats of conflict with Turkey were also used  in the election propaganda as an argument against the Habsburg candidacy. “We do not want to have a Rakuszanin [Habsburg] for our Lord, fearing to bring on us a great Turkish war” said the opponents of the Habsburgs in the election ground. The Porte also opposed the candidacy of Moscow; a rapprochement between Poland and Moscow was feared as it seemed equally dangerous for Turkey as Polish bonds with Austria. Therefore, the Sultan’s envoy who arrived at the election Sejm in March 1587 advised the nobility gathered to select one of Stephen Báthory’s nephews or someone else from among “the gentlemen who wish the Emperor [Sultan] well.” Besides, that statement was regarded as an attempt to curb the freedom of election. Again, during the election a possible risk of conflict with the Ottoman Empire led to the rejection of the Habsburg candidature. The election of Sigismund Vasa was favourably received by the Porte, although it was during the reign of that King that the first serious frictions in the Polish-Turkish relations and an open conflict appeared.