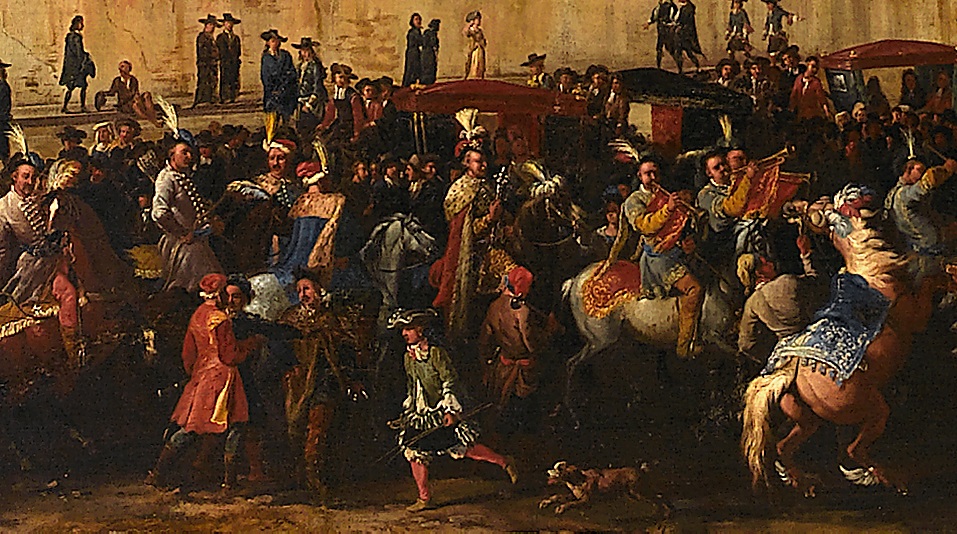 The Polish-Turkish wars of the 17th century were manifested on the political and economic grounds not only in a negative way. Their positive result was the interpenetration of cultures, which resulted in Poland's adopting Turkish music.

In the Polish territories, there appeared Janissary ensembles – the typical Turkish military bands. They were introduced in the second half of the 17th century by Jan Sobieski, while still the Field Hetman of the Crown. He himself was very fond of Turkish music and listened to it with pleasure. The Janissary musicians “arranged in a row in the courtyard opposite the Hetman’s windows, at a distance of 50 steps, played for him by way of morning greeting two pieces resembling a symphony and another two mazurka-like.” One musician was beginning to play solo, then the others joined him. “When the music was about to end, the cymbals and drums stopped first, and the pipes and timpani alone ended in one tone.” 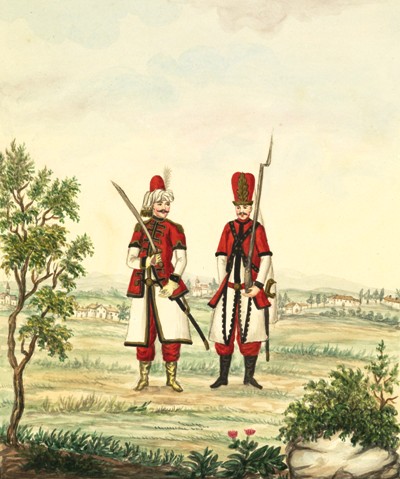 The bands usually consisted of instruments of Turkish origin. Among the bright sound, “squealing shrilly” woodwind instruments, the one called zurna (compared to the oboe) deserves mentioning. The rhythm was dictated by the the timpani and drums. The cymbals “with their brass plates (...) causing a powerful clang” complemented the whole.

The Janissary band, with its characteristic sound, can be described in two words: loud and squeaky. The listeners could not find any “musical harmony” in it. It was “only a squeak and rumble, from afar a bit nice, from close-up terrible.” The Janissary music “aroused horror and astonishment”, especially in the lovers  of Italian style, so completely different from the Turkish music. The first bands consisted of genuine Turks, dressed in their typical attire, which over time significantly changed. Poles or Slavs now became members of bands, but were dressed in costumes modelled on the Turkish outfit and performed music reminiscent of that played by the Janissary bands.