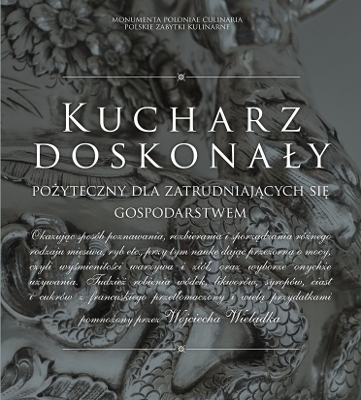 In late Middle Ages and Renaissance in Italy, cooling drinks and other beverages with crushed ice was a common practice, evoking surprise and delight of foreign travellers. The invention of first ice-cream with fixed texture is attributed to Italian inventiveness. Let's see how this breakthrough invention was made.

Before 1660 ice-cream as understood today, did not really exist. 'Pre-ice-cream' had the form of water, sugar and fruit juice, with lemon juice especially popular. In order to acquire ice-cream with fixed texture, it had to be discovered how snow and ice could freeze other substances. Italian scientists understood it in the middle of 16th century, freezing a water filled container in a tub full of snow, by sprinkling it with sea salt. As a result of this process, a cooling mixture was achieved, which lowered the temperature of ice and melting water. This way was described by Giambattiste Della Porta in 1558 and nearly a hundred years later Italian and French lemonade-makers managed to freeze fruit water and turn it into solid form. A tin filled with fruit juice was inserted in a tub filled with water and ice. The tin froze owing to sprinkling the ice with salt or saltpetre. In this way water ice-cream was invented, and fruit sorbets were used in medicine and prescribed by local medics for fever and malaria. With the passage of time, sorbets were served in cooler form, until they became solid enough to be eaten with a spoon. The most advanced, however, was making milk and cream based ice-cream.

According to sources, although it was the Italians who discovered the cooling mixture, the French court of Louis XIV brought ice cream to the lounge and made it a popular treat for cooling on hot summer days. In 1676 ice cream were the main commodity of the French lemonade-makers guild, whose number in Paris itself equalled 250 people.

In the 18th century another significant change in the culture of ice-cream consumption took place. It was served in French cafés throughout the year – no longer just in summer. Initially people were sceptical about eating ice-cream in winter time, but when doctors began to prescribe them as medicine for numerous ailments, the number of consumers rapidly grew.

In Polish cook books the first references to ice-cream were found in 'The Perfect Cook' – a book written at the end of 18th century by Wojciech Wielądko, or rather translated from several French culinary texts. Wielądko describes cakes served with ice-cream made from local fruits such as: currant, raspberry, apple, quince, and cherry.

In a book devoted to ice-cream production, written by a Parisian confectioner in 1768, we can read about tastes that Wojciech Wielądko did not even dream about: orange flower, violets, rose petals, chestnut, almond, pistachio, saffron, coffee, caramel, clove, or exotic pineapple. These taste reach us a little later and can be read about in the 19th century bourgeoisie guidebooks for housewives, where we can find a rich choice recipes for sorbets and cream based ice-cream. Ice-cream was prepared not only from local fruits like wild strawberries, raspberries, currants, pears and cherries, but also from pineapples, lemons and oranges.