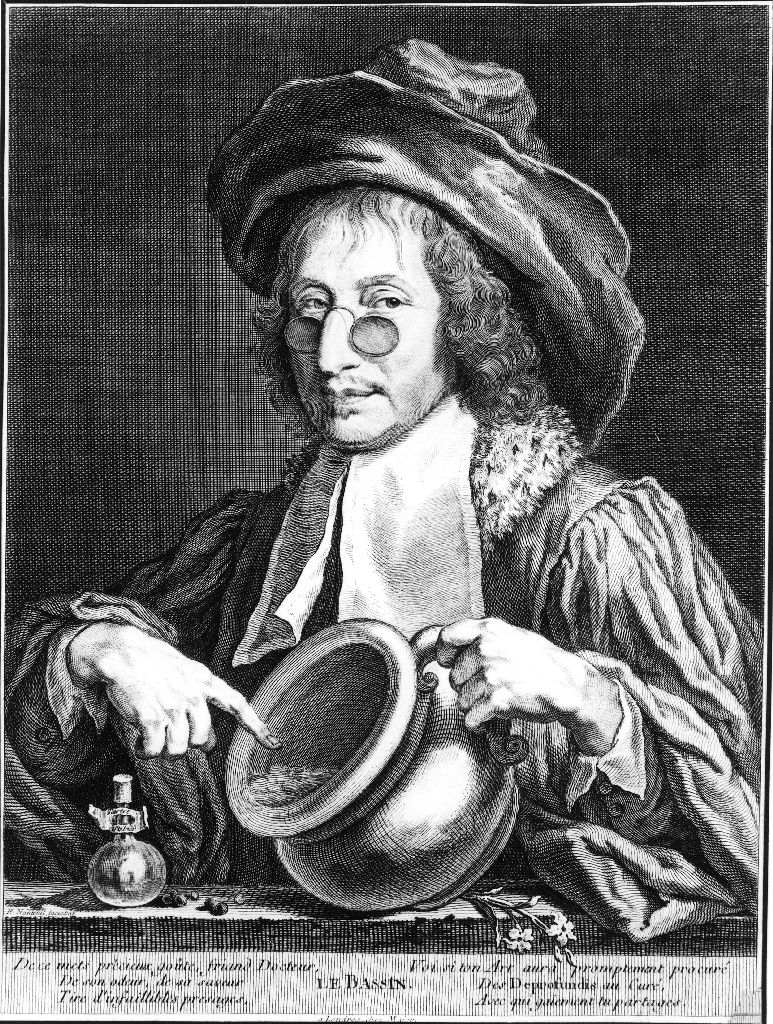 17th century doctor, picture from the collection of the National Library in Warsaw.

”Yesterday, I had another consultation with physicians, i.e. Mssrs Braun, Policjani, Lacjozi and an oculist. They ordered that, unless I wish to kill myself, I must have bloodletting every three days, followed by drinking a extract and Eger water” - Hetman Jan Sobieski wrote to his wife on 21 May 1671 to his wife. There were many such consultations because the king’s health was steadily deteriorating. Jan III was compelled to seek the advice not only of Polish doctors but also celebrated foreigners, such as the Italian Professor Marcello Malpighi from the university of Bologna,  the Scottish doctor William Davisson - the court physician of King Jan Kazimierz, and a Parisian medic named Dupuis, whose patients included Maria Kazimiera.

Physicians accompanied Sobieski on the battlefield: during the pursuit of the Tartars in the camp at Kamieniec and at Bracław in 1671 the wounded commander was treated by the barber surgeon Bauval, while during the Vienna expedition he was accompanied by the much esteemed Peccorini.

There were quite a few physicians at the royal court: the Swede Lawrence Braun (d. 1690), Mikołaj Ignacy Akerbaum – a translator of   medical writings from the German, Karol Ludwik Conradi (who treated also Maria Kazimiera), Andrzej Kneffel, Ludwik Hammen – an author of works on surgery, Jerzy Seger, Wojciech Kazimierz Rezler, the Irishman Bernard O’Connor, as well as a certain Jonas, of Jewish origin,  who enjoyed the king’s enormous trust despite the hostility of the royal entourage. After Braun’s death two Italian surgeons appeared at the royal court - Pecci and Simonetti (the monarch dispatched the latter to his ailing sister, Katarzyna Radziwiłł). It is worth adding at this stage that  Sobieski also advised Braun to examine and describe the springs at Iwonicz, wishing to persuade Maria Kazimiera to take the waters in Poland and not in France (where the stay of a Polish queen was associated with serious breaches of etiquette). Conrad, Sobieski’s court doctor, sent the description made by Braun, together with a suitable letter, to the French king’s physician Jean Denis, celebrated for having performed the first blood transfusion in the world.

The titular physician of Jan III was Janusz Abraham Gehema, famous and renowned across Europe although he probably never even made an appearance at the Warsaw court. The above-motioned O’Connor maintained that in the 1690s there were no more than ten doctors of medicine in the Polish capital. ”The art of medicine and medical praxis in Poland are imprecise [...] the physicians know nothing of the recent discoveries in anatomy and chemistry”. Even if this skilled Irishman was correct, he was probably unaware that at the most magnificent court in Europe – the Versailles of the King-Sun – almost every physician was de facto a charlatan.