Poles in the Turkish Army During the Reign of Sigismund III 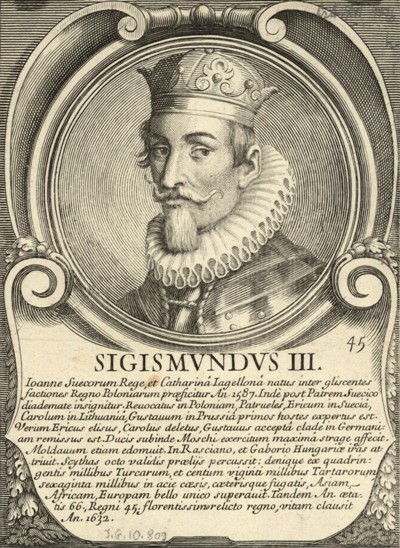 In 1593, an Ottoman-Habsburg war broke out which has gone down in history as the Long War. Overshadowed by those struggles was the battlefield in the Danubian countries: Moldavia, Wallachia and Transylvania, which Michael the Brave, the ruler of one of them, sought to unite and free from their subjection to Turks. The Commonwealth was also engaged in those operations. The long-term and complex conflict created a demand for mercenaries. There were many volunteers for such a career among the residents of Poland, as the Polish nobility enjoyed then a demographic boom. A lot of its representatives sought livelihood opportunities in the military service – not only in their home country but also outside it. The most popular was the service in the military forces of the Empire fighting the Turks in the territory of Hungary. In its ranks were many mercenaries from almost all European countries. Poles constituted a group of about a thousand men, and among many members of the most prominent Polish families there was Janusz Radziwill. Polish soldiers also fought in the Transylvanian army of the Báthory brothers, in the troops supporting the Moldavian Hospodar and Polish ally Jeremy Mohyla, and three thousand enlisted in the troops of the enemy of Poland Michael the Brave.

The first mention of the Poles in the Turkish army dates back to 1603 and refers to three thousand soldiers who entered the service of the Sultan. The next one speaks about a thousand who were accommodated in the neighbourhood of Belgorod and who were paid for their service. The author of both mentions was Jeremy Mohyla. The same year, the Poles were sent with the Turkish army, Hungarians and Walloon mercenaries to Transylvania to help the leader of anti-Habsburg uprising, Stefan Bocskai. After 1605, no more information about them can be found.

Who were those who chose that controversial service? What motives guided them? They were the same as the soldiers serving in the imperial army or Michael the Brave’s army. Perhaps their main goal was to get rich, but there also were other incentives. For some mercenaries the military service was a pretext to break free from home, to run away from a tyrannical father, creditors, the monotony of everyday existence. Some desired fame, others dreamed of great adventures and seeing the wide world. The soldiers of redundant regular army units (wojsko kwarciane) of the Polish Crown also looked for some activity. The Zaporozhian Cossacks willingly entered the service of the hospodars and princes of Transylvania. They were encouraged to do so by the unstable situation in the region, by the chaos which made it possible to plunder virtually anyone. In Transylvania, there were gangs made up of unpaid soldiers, deserters, Cossacks and marauders of all nationalities, plundering and destroying everything in their path.

How did those soldiers find themselves in the ranks of the Turkish army? It certainly did not result from a deliberate recruiting action, as was the case with Moldavian and Wallachian hospodars, Transylvanian princes and the Emperor. The Turks generally did not conduct such deliberate actions. One of the possible ways was to get captured while serving in the Austrian army. The cases of entering the service of the Turks were a common occurrence – the captives were offered an alternative: either the service with a new employer or death. Choosing the second option was rather rare and must have concerned individual cases - in fact, there are no such examples known; otherwise, they would have reverberated widely in the Commonwealth. In 1639, many years after the events described above, Jerzy Ossoliński wrote to Paweł Noskowski, the then commander of light cavalry unit Lisowczycy in the imperial service: “during the reign of His Majesty the deceased King [Sigismund III], several thousand of our people, having had faithfully served Michael [the Brave], the hospodar, after his death accepted stipendia [pay] from the Turkish Emperor.”

However, the most likely way of Poles entering the Turkish ranks was to go there from earlier service in the forces of Mozes Székely, who in the early 17th century fought for the control of Transylvania and seized the throne with the Ottoman help. He also sought agreement with the Commonwealth, and Sultan Mehmed III himself urged the king to support him. It is known that he had Cossacks in his service, and more were coming from Ukraine. Polish volunteers also fought in the Turkish ranks side by side with them. After the defeat in the battle against the troops of the Habsburgs and their ally, the Wallachian hospodar Radu Șerban, Székely’s army retreated to the Turkish lands. The Polish soldiers were faced with a difficult choice. The direct route to their homeland or at least to Moldova was cut off by the imperial estate, through which the return was practically impossible. Then there was a circuitous route through Wallachia, lengthy and expensive, and many soldiers could not return home empty-handed. Perhaps that is why the majority of them chose to enlist in the Turkish army, especially because they saw the example of Walloons serving in those ranks for several years.

Very little is known about the Poles’ service in the Sultan’s forces, because after returning to Poland rather no one would have boasted of such experience; on the contrary, they tried to hide it. The Poles treated their service in the Turkish army as a way out of a difficult situation; they did not tie any future plans to it, and, having an opportunity, left the ranks. Furthermore, it should not be excluded that some of them embraced Islam and remained in the Ottoman Empire, as was the case with the aforementioned Walloons. The last mention of Poles’ service in the Turkish ranks dates back to 1605, although it might have continued in later years, too, e.g. in the armies of the two Hospodars and the Princes of Transylvania. The presence of Poles in the Turkish troops shows that the reality of the Polish-Turkish borderland was much more complex than the stereotypical image of the rampart of Christianity.