We are pleased to announce that the 17th International Congress of Turkish Art will be held between the 18th and 21st of September 2023 in Warsaw, at the Museum of King Jan III’s Palace at Wilanów and the University of Warsaw.

It is an honour for us to organize it in the year of the centenary of the Republic of Turkey.

The 17th International Congress of Turkish Art will take place again in Warsaw, at the 40th anniversary of the 7th ICTA which was held in our city in 1983.

We intend to continue the thematic areas developed over the long tradition of the Congress. We also understand the role of the Congress as a forum for the development of research on Turkish artistic culture and for expanding research areas and methods.

Therefore, apart from the traditional subjects within the scope of the Turkish art (as Architecture, Painting, Arts of Book, Ceramics, Textiles etc.), newly formulated topics will be introduced. The Art at War (including especially metalwork, textiles, miniatures and iconography) is meant to present the artistic splendour of military sphere in everyday life of Turkish (particularly Ottoman) state and society which impressed the European neighbours and left its mark in their culture in the past, and in the museum collections in modern times. The Art of Tombs and Tombstones responds to the intensively growing interest and developing research on Ottoman and other Turkic art and epigraphy of tombs and tombstones, which is a phenomenon that deserves to be recognized as a special category of research, requiring an interdisciplinary approach (including sculpture, architecture, archaeology, epigraphy, literature, linguistics, history of society and religion).

We emphasize the need to cover (as in the previous years) the artistic culture of the Turkic peoples in such areas as Middle East, Balkans, Iran or Central Asia, and the intra-Turkic cultural links. We also hope to encourage to pay attention to historical phenomena of transmission of culture between the Turkish and other interacting societies, as in Central and Eastern-Southern Europe and especially in the lands of the Polish-Lithuanian Commonwealth where Turkish and Turkic cultural influences, with an important role of the Black Sea trade, significantly contributed to the shaping of their multi-faceted culture. For Polish-Turkish interrelation we provide a special section, modeled on the practice of previous congresses.

We would like to see the Congress also as a forum for museum, library and archive experts that may contribute to establishing links between their institutions and to intensifying the popularization of Turkish art in the world through museum presentations as well as through deepening knowledge of monuments of Turkish art preserved in world collections. Therefore we have formulated the section Art in Science and Society hoping to draw the attention of these specialists.

The languages of the 17th International Congress of Turkish Art will be English (however we will endeavor to provide a simultaneous Turkish/English or Polish/English translation system for special cases in selected sessions).

The presentations should not exceed 20 minutes.

We kindly ask the applicants to send their abstracts in English (600-800 words) related to one of the above specified topics until the 1st of March, 2022 to: icta17@17icta.com. The applications will be forwarded to the International and National Committees for evaluation. The abstracts should be submitted in PDF format in two copies, one with the name of the applicant, the other without the name (for blind review).

The anonymous abstracts will be evaluated (blind review) by both the International and National committee members. The applicants submitting abstracts will be informed of the evaluation results in November, 2022.

The abstracts should include the following elements: a. Title b. The content and aim of the paper c. A brief overview of relevant literature d. The main argument of the paper e. Indication of one of the Congress topics listed above to which the paper should be classified f. Four keywords.

1. The controller of personal data is the Museum of the Palace of King Jan III’s in Wilanów with its registered office at ul. Stanisława Kostki Potockiego 10/16, 02-958 Warsaw. The data controller can be contacted via the e-mail address: muzeum@muzeum-wilanow.pl or in writing to the above-indicated registered office address.

2. The Museum has appointed a data protection officer, who can be contacted via e-mail: iod@muzeum-wilanow.pl in matters relating to the processing of personal data and the use of the rights related to data processing.

3. Your personal data will be processed for registration, organization and conducting of 17th International Congress of Turkish Art. The data will be stored for the period necessary to achieve the above-mentioned purposes.

4. The legal basis for processing of your personal data is your consent, referred to in Article 6, item 1, letter a) of the Regulation of the European Parliament and of the Council (EU) 2016/679 of 27 April 2016 on the protection of natural persons with regard to the processing of personal data and on the free movement of such data, and repealing Directive 95/46/WE (General Data Protection Regulation – hereinafter referred to as the ”GDPR”). The consent may be revoked at any time.

5. The collected data will be transferred to:
a) University of Warsaw – co-organizer of the 17th International Congress of Turkish Art;
b) personal data processors at the Museum’s order, including IT system operators, whereby such operators process data on the basis of an agreement with the Museum, only in accordance with its orders;
c) state authorities under the circumstances stipulated by legal provisions.

6. You have the right to: access your data, obtain their rectification, their deletion or limiting their processing.

7. In order to exercise the above-mentioned rights you need to contact the Museum via the e-mail address: odo@muzeum-wilanow.pl.

8. You have the right to lodge a complaint with the President of the Personal Data Protection Office.

9. Providing data is voluntary, but necessary to participate in the 17th International Congress of Turkish Art.

Locations and Contacts for the 17th International Congress of Turkish Art.Contact: icta17@17icta.comWe are looking forward to welcoming you to the …

At the beginning of the Jagiellonian reign, the Polish state did not engage in the conflict between Christians and the … 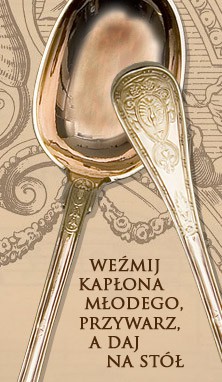