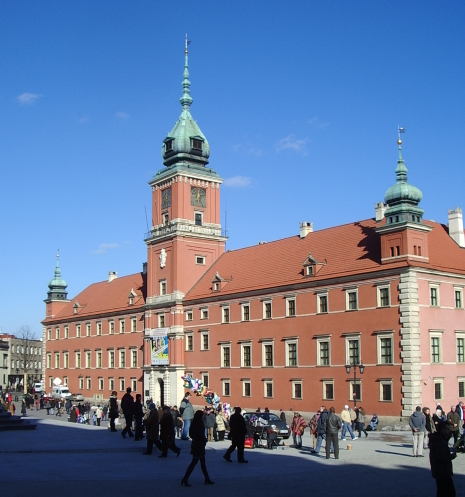 Giovanni Giacomo Casanova de Seingalt, one of the most colourful figures of his time, most frequently referred to simply as Casanova, became famous mainly for his love affairs, described in the Venetian  adventurer’s memoirs written towards the end of his life. In the 1790s Casanova was approaching seventy and was a librarian to Count Waldstein in Château de Dux when he composed Histoire de ma vie [Story of my Life]. The book abounds in the author’s vicissitudes experienced also during his stay in the Commonwealth.

Born in Venice, Casanova was a man of letters, a traveller, and an adventurer well-known throughout Europe. He arrived in Warsaw on 10 October 1765. A keen observer and a bold mocker, he often made fun of excessive use of titles, Polish nobility and even monarchs among them Maria Leszczyńska, the Queen of France. He was invited by grand aristocrats and even had an opportunity to meet and work for the king. Casanova was no stranger to entertainments offered by contemporary Warsaw, including visits to the theatre which he paid frequently. In his own account, Casanova’s stay in the Commonwealth was cautious and reserved: My lifestyle was impeccable; I avoided love affairs and cards, worked for the king in the hope of being nominated his secretary. As she enjoyed my company, I did a thousand favours to duchess, the voivode’s wife, and played tre sette with the voivode himself.

However, his calm and exemplary lifestyle was disrupted by Casanova’s conflict with Count Branicki. Their duel fought in the name of honour ended in Casanova’s injured hand, but Branicki got wounded far more severely. The bullet hit him on the right side below the seventh rib and came out on the left side below the lowest rib. All European newspapers wrote at length about the duel. Later on, Casanova himself dedicated a whole book to the incident. Another outcome of his brief stay in Poland and his interest displayed in our country was Casanova’s three-volume work entitled Istoria delle tubolenze della Polonia (History of Turbulence in Poland) published in 1774.