Not only War and Diplomacy, or Trade Between the Commonwealth and Turkey

Not only War and Diplomacy, or Trade Between the Commonwealth and Turkey Piotr Kroll 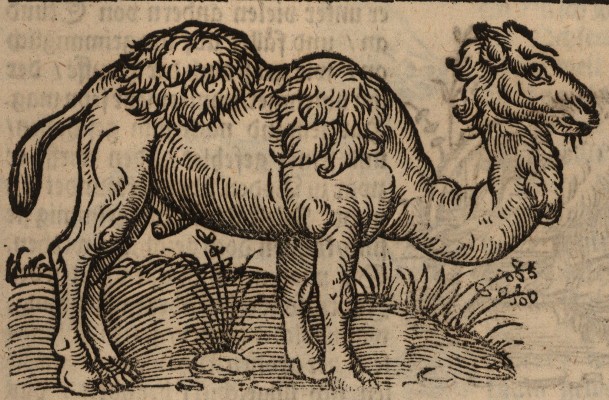 In the 80s of the 20th century, we witnessed a sudden revival of individual Polish-Turkish trade on a scale not seen in modern times. It is true that instead of patterned fabrics, carpets and weapons, on the Vistula River appeared jeans and leather products, but like ages ago thousands of Polish dealers formed a colourful caravan of cars laboriously heading for Istanbul. In the modern era, such exchange was a significant and important thread linking the Christian and the Muslim worlds, being at the same time a way of exchanging goods as well as mutual influences and contacts.

The trade route of Polish merchants began in Lvov which had the staple right for oriental goods. From there, the caravans followed two routes leading to Jass in Moldova. One route passed through Kamieniec, the other through Sniatyn. Farther on from Jass, the carts travelled by land to Galacu where they crossed the Danube to continue along the western coast of the Black Sea through Edirne to Istanbul. That ca 1580 km route took caravans 37–40 days to cover. However, while in the 16th century travelling to the capital of the empire predominated, in its second half and in the next century it was Ankara, the centre of fabric called muchajer (mohair wool fabric), and Bursa, where silk was produced, that emerged as destinations for the merchants from the Commonwealth. In this case, the travel time extended to 53 days. The merchants from Poland also travelled to the capital of Persia, Isfahan, from Ankara through Asia Minor and along the contemporary border between Armenia and Turkey as well as Iran. The travel lasted much longer – up to 157 days. There were of course other variants of those routes which were often used by the travelling caravans. The journey to Istanbul and Isfahan could be significantly reduced by going from Jass to the port of Belgorod (Akkerman) or from Galacu to the port of Kilia. There, the merchants and their goods were loaded on ships and continued onward along the coast of the Black Sea to Istanbul or to Trebizond (on the south coast). In the former case, the travel time was shortened by nearly half, to 25 days; in the latter, by about a quarter – to 120 days. However, we should remember that Turkish merchants did not stop in Lvov. They travelled on, heading for the famous fairs in Yaroslavl, or for Poznan, Gdansk, Krakow, Wroclaw, sometimes they were going to Moscow through Lublin and Kiev.

Travelling in the modern era was associated with a high risk; therefore merchants formed caravans which in the 16th century were often joined by royal envoys travelling to the Sultan’s court. Caravans were organized by the Lvov and Kamieniec merchants. They were led by caravan Bashas, recruited solely from among the Armenians living in Poland. They had to be people enjoying respect for their experience and knowledge of Eastern countries and languages. Their power was almost unlimited, and courts usually took their side when after such expeditions their participants complained about the conduct of guides during the travel.

The first expedition used to set off to Turkey before Easter, between March 22nd and April 25th, when roads were already passable and ships could sail the sea. For the transport of goods, the merchants – mostly Turks, the Turkish and Polish Armenians, the Turkish Jews and Greeks – rented carters of Polish origin from Lvov and Kamieniec or Bulgarians who had appropriate carts and people driving them. The caravan consisted of less than twenty to several dozen carts, each capable of carrying about a ton of cargo. When the expedition crossed the Bosphorus and continued, the goods were reloaded and travelled farther on to Ankara or Isfahan on animal backs (of horses, mules, and first of all, camels). Interestingly, when crossing the Eastern Balkans, the only mountain range on the route from Lvov to Istanbul, the merchandise was reloaded onto special carts pulled by bullocks, to be later reloaded again on the merchants’ carts. The cost of transport including the customs duty paid on the way amounted to about 30 percent of the value of the cargo; however, the oriental trade still remained extremely profitable.

What was traded? The first place belonged to cloth of different types, most of which came from Western Europe. In 1640, the Polish envoy, Wojciech Miaskowski, while making a visit to the Grand Mufti, noticed that the prelate was dressed in an outfit no doubt coming from Poland. This shows that Turks had a taste for articles imported from the territories of the Commonwealth. It is worth stressing that as early as in the 15th century the Turkish language assimilated the Polish term “postaw” – a unit of measurement of cloth. Another product imported from Poland was hardware (mostly knives, exported in thousands, and dishes) and metals themselves, especially tin needed for the production of bronze guns.  Furs, which predominated in the trade with Turkey in the 17th century, also enjoyed great popularity which followed from the High Porte’s needs associated with the court ceremonial and Anatolia’s cold climate. Other imports from Poland included watches, wax and amber which was highly regarded in Turkey.

In contrast to the little varied Polish offer, in which only a few luxury goods (cloth, furs, amber) can be distinguished, the Turkish offer was much more diverse and consisted largely of luxury goods. First of all, wool fabrics (especially mohair and camlet), cloth of gold (brocade) and velvet, highly prized by the noblemen and used for the manufacture of garments for them. From Turkey (and Persia), merchants brought  to Poland the following goods: silk, carpets, silk sashes greatly coveted by the nobility (which became a model for the manufacture of Slutsk sashes in the 18th century), quilts, animal skins (including the leopard’s and tiger’s used to decorate Hussar armours) and leather goods (shoes), spices, Greek wines, weapons – whose export from Turkey was illegal (swords, shields, bows), earthenware, tents, precious stones. Among what might seem unusual goods imported from Turkey were soap and checkers. Horses should not be disregarded, either. Their popularity in Poland was manifested by the fact that in the 16th century the Slavic word “źrzebiec” was replaced by “ogier” (stallion) of Turkish origin. The prices of the best Turkish horses were extremely high as compared to those of luxury cars of our times. Polish agents (dealers) operated in the Empire, specializing in buying horses; moreover, kings themselves used to send their representatives to Turkey with instructions to purchase steeds. The demand for them was the highest in the 17th century, although it was partly satisfied by war trophies.

Interestingly, in the 70s and 80s of the 17th century, there occurred a noticeable drop in prices for Turkish goods, which resulted from market saturation. It was additionally affected by the wars with the Turks, when rich trophies replenished the domestic market. In the subsequent century, the range of goods did not change; however, serious investors appeared, even from the group of magnates, and by the end of the century negotiations on a Trade Treaty between the two countries were started. Eventually, nothing came of it.

Owing to the intensity of trade relations with Turkey and Persia, the influence of the Muslim East culture on the widespread orientalization of common artistic taste and fashion in Poland during the Sarmatian era was very large. First of all, it was trade and not the rich trophies of Khotyn and Vienna wars that satisfied the Sarmatian tastes of the Polish nobility and the wide circles of wealthy bourgeoisie. A great number of Turkish words were then introduced into colloquial Polish, of which many have remained here for good, testifying to the intensity of trade and contacts between the two nations and states to this day.